Rod Serling: Imagine If You Will 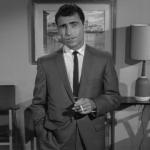 sloth333
4 ups, 6y,
1 reply
Whats the Superbowl?
StronglyOpinionatedPlatypus
5 ups, 6y,
2 replies
You see, it's a game of American football (in which players toss around a ball resembling a brown egg and use extreme physical force to obtain and transport said ball) that people blow out of proportion with super expensive tickets, halftime shows, and parties around the nation. Those of us who do not follow the sport still go to the parties in order to mooch off the snacks and watch the funny ads companies pay large amounts of money to make.
[deleted]
2 ups, 6y People like to make comparisons to The World Cup, but when an event is held every four years, the buildup to it is much greater. Also, since the rest of the world is more interested in soccer/futbol, the viewership outside the US is minimal in comparison.

Caption this Meme
Created with the Imgflip Meme Generator
IMAGE DESCRIPTION:
IMAGINE IF YOU WILL; A PLACE WHERE NO-ONE CARES ABOUT THE SUPER BOWL - THAT'S 99% OF THE WORLD OUTSIDE AMERICA
hotkeys: D = random, W = upvote, S = downvote, A = back
Feedback