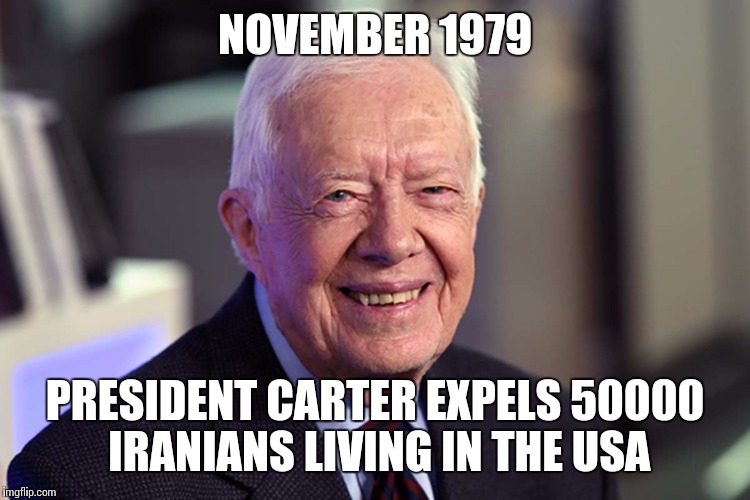 reply
RWT
0 ups, 4y,
1 reply
Everyone knew that we were in a state of war...unlike now.
reply
[deleted]
1 up, 4y,
1 reply
Wow, not trying to be a troll, but...WTF. I agree that NOW there are certain groups that don't want to admit that there's a group out there that's at war with us.

But, no, the same group was around back then. They did not want to admit that the Iranians would do anything to make us look bad or worse, kill us all. We were less than 5 years out from Viet Nam. Our military budget was slashed to the lowest point in post cold war history. All Carter could do was launch a rescue mission that crashed and burned (literally). The VERY DAY that Ronald Reagan was sworn into office is the day the hostages were released because the mullahs knew that RR would turn their turbans into tiki torches.
reply
RWT
1 up, 4y,
1 reply
The Liberal bias seems more prevalent now. Maybe this is just my perspective in Canada, living on the West coast.
reply
[deleted]
1 up, 4y
True, I see that point. Ups!
Show More Comments
Flip Settings