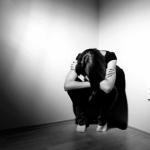 Damn rite! It's high time I learned how to tie a proper noose!
Ren_amamiya
2 ups, 2mo,
1 reply
well thats one way todo it and your also the first person to say something that wasn't "no"
SaintRanger
0 ups, 2mo,
1 reply That's...horrible. People can be so boring.
Ren_amamiya
2 ups, 2mo
truely
Kendelian
1 up, 2mo,
1 reply
U good bro?
SaintRanger
1 up, 2mo,
1 reply
Yes. My therapist has trained me to say "I'm safe". I'm actually feeling pretty good atm, but this has certainly been me. Your concern means a lot, seriously, and not out of a desire for attention. What I'm always hoping to find is empathy.

The less I hurt, the more attuned I become to other people's pain, and there's so much of it. Sharing that burden helps lighten the load.

This meme is actually wildly inappropriate because whatever humor there is to be mined from despair is far out weighted by the tragedy of genuine, excruciating suffering. I mean, it's important for me to clarify that I'm not depicting myself here, and that I'm desperately sorry to anyone who can identify with this. Dark humor stream or not, this kind of thing is too fxcked up to make light of.

The real tragedy is that people have always (collectively) been selfish, greedy, short-sighted, irrational, violent and destructive. It's how we're wired. Instinct drives us that direction because those traits have been naturally selected for over millions of years. Apparently modern homo sapiens was the fittest to survive.
SovietNugget
1 up, 2mo
thats deep
Show More Comments
Flip Settings

Caption this Meme
Created with the Imgflip Meme Generator
IMAGE DESCRIPTION:
I'D HATE MYSELF; BUT I'M NOT WORTH THAT LEVEL OF ATTENTION
hotkeys: D = random, W = upvote, S = downvote, A = back
Feedback