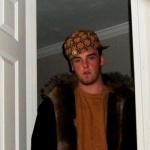 Caption this Meme
Best first
Latest first
Oldest first
34 Comments
flman2020
3 ups, 2mo,
8 replies
What did he do wrong? There have been dozens of hoax investigations, hearings, impeachments, etc... none found anything he did wrong. You fell for the fake news hoaxes and conspiracy theories!
AmericanViking
2 ups, 2mo
Trump defied the ruling elite status quo...
darko_yolo
2 ups, 2mo
How many of his organizations have been shut down again..?

It just takes a little time for him to get caught....If he gets caught at all. Then he just pays off whatever fine and keeps going. I mean seriously $70,000 as a tax write off for hair cuts? BRUH flman2020
0 ups, 2mo,
1 reply
All the people pictured who committed crimes should be punished. What part of that don't you get? I don't see Trump anywhere in this picture. There were approximately 200,000 people in attendance at the rally where Trump asked them to peacefully march. 99% of the people in attendance did exactly that... peacefully protested. This group started rioting and needs to be punished. Simple.
Manhattan
0 ups, 2mo,
1 reply
So if I yell fire in a crowded theater, and people get trampled to death... I am not guilty.

If I hire a person to murder someone... I am not guilty because I was "not there"
flman2020
0 ups, 2mo,
5 replies
Asking people to PEACEFULLY march is not yelling fire in a crowded theater. People protest in Washington every weekend. The peaceful march was nothing out of the ordinary. You would never have even heard of the peaceful march and Trump's speech had a group not started rioting. All Republican's, including Trump, condemn all of the 100s of riots that occurred around the election, including this one. I understand concerns about the election.. Example, Biden lying about the laptop, the Intel Community saying the Biden laptop was a 'Russia Plant,' the media going along with the "Russian Plant" conspiracy theory and big tech censoring any post contradicting the false narrative... but, even with anger correct and justified... you can't riot. Therefore, even though there was a valid point behind what they were saying, they still need to be arrested for breaking the law. I wish the left could draw the same conclusion about the 100s of other riots that happened around the same time for left causes.. and still happen to this day. Bombing clinics, trying to assassinate supreme court judges, etc.
Manhattan
0 ups, 2mo,
1 reply
flman2020
0 ups, 2mo
When you have to make up facts, you might want to check yourself. No cops were killed. The only person killed was a rioter. And, considering what the rioter was doing, her shooting was justified use of force. Lots of cops were killed at OTHER riots... including the 5 cops killed in Dallas by a BLM sniper during a riot... but, no cops were killed at the capital riot.
Manhattan
0 ups, 2mo,
1 reply
Seriously... f**k trump, f**k the traitors to democracy that support him... find him 110000 votes....whos side you on?
flman2020
0 ups, 2mo,
2 replies
In most states, you are able to audit the election. In FL for example, a voter can check to confirm their vote was registered. GA does not allow this. The absentee ballets from the military was statistically impossible low for a number of precincts... a fact that has not been explained to this day. Votes appear to be missing that were never found. And, the military votes disproportionately Republican. Those votes, if they could have been found, could have changed the result of the election. It's too late to find them now, the election has been certified. We need to focus on securing the vote in places like GA so we don't allow a repeat of the apparently missing votes of 2020. Elections need to be both secure and auditable. An individual should be able to confirm their vote was counted and not "lost."
Manhattan
0 ups, 2mo,
1 reply
lol - trump the traitor and foul mouth who mocks veterans.. "won"....lol
flman2020
0 ups, 2mo,
1 reply
I'll note you didn't respond to any point, instead pivots to baseless hoax that states, without evidence, that he mocks veterans when we all know nothing could be further from the truth.
Manhattan
0 ups, 2mo,
1 reply
youre an idiot.

https://www.theatlantic.com/politics/archive/2020/09/trump-americans-who-died-at-war-are-losers-and-suckers/615997/
flman2020
0 ups, 2mo
This story is based on the now world famous "anonymous" sources. To this day, it's never been validated. Actual people there that day said it never happened. It's a HOAX.
Manhattan
0 ups, 2mo,
1 reply
"missing votes" LOL..,. trump is a scumbag who lost... and all those "missing" votes were not found after 100s of Recounts and Lawsuits were NOT found... because they DO NOT EXIST.... your pussy grabbing traitor LOST
flman2020
0 ups, 2mo
You don't find missing votes with recounts! That's the problem. GA has an election that can't be audited. Most states, like FL, allow voters to verify their vote wasn't "lost." I understand it's too late in GA. No need for 10 more recounts. We need to secure the vote and allow verification of votes. FL learned it's lesson after Bush/Gore. GA and other states need to learn from FL and restore credibility to their elections. Even if you assume no fraud what so ever, you should still want elections that can be audited to boost election credibility. Don't leave either side room to question the integrity of the vote.
Manhattan
0 ups, 2mo,
2 replies
flman2020
0 ups, 2mo,
1 reply
flman2020
0 ups, 2mo
Harris tweeted the image of her supporting the riots on her own -> https://twitter.com/vp/status/1540477371500863490
flman2020
0 ups, 2mo
You'd have a much stronger case if you didn't have to make up fake quotes. You can't produce the transcript where Trump said what you say he said above. When you find yourself making up fake quotes, maybe you should tell yourself you have gone too far.
Manhattan
0 ups, 2mo
Manhattan
0 ups, 2mo
Manhattan
0 ups, 2mo,
1 reply
what part of this do you not grasp?

. Barr’s letter said that “the Special Counsel states that ‘while this report does not conclude that the President committed a crime, it also does not exonerate him.’
flman2020
0 ups, 2mo
No person is ever found 'exonerated' of anything, you are found 'not guilty.' They did not conclude he committed a crime... which is 'not guilty' of committing a crime. The standard of 'exoneration' isn't a thing. After all this time, are you still believing the theory Barr was investigating... which is, Trump was colluding with the Russians? I thought that was completely debunked at this point. Nothing in the Clinton Dossier has ever been found to be true. In fact, one of her staffers was jailed for assisting in writing it. It was fake... a hoax... a conspiracy theory. This is hoax #1.... which has been followed by 11 other major hoaxes. If you're still clinging to Trump-Russia collusion... you're way behind. #13thHoax will be raiding Trumps home. We haven't found out it's a hoax yet, but all the same signs are there. Odds are, we'll learn its a hoax too... likely after the elections when it's too late, just like the Biden laptop.
Manhattan
0 ups, 2mo
Manhattan
0 ups, 2mo,
1 reply
"Russia if you are listening"...

Then there is Katy Johnson

Caption this Meme
Created with the Imgflip Meme Generator
IMAGE DESCRIPTION:
IF YOU STILL SUPPORT THE TRAITOR TRUMP; WELCOME TO MY SCUMBAG CLUB
hotkeys: D = random, W = upvote, S = downvote, A = back
Feedback