UN, IPCC science and AOC proclaimed 1 million species would be extinct by 2028. At least show us 1000 extinctions, please. 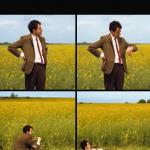 If nuclear fallout/war happens due to WWIII(potentially happening and popping off) around the corner...

Technically they wouldn't be wrong about 1 million species extinct by 2028.
sevenheart
2 ups, 8mo
Technically if an asteroid hits us like the one that hit the Gulf of Mexico, we could have a mass extinction like the dinosaurs and various plants.
And bad news on the nuke war scenario- if it is as serious as our capabilities, I think there are an estimated 8 million species right now, we'd be looking at 8 million species going extinct before our sizzling eyes.
Can't go there, I like sleeping at night.
Henri_Schmidt666
0 ups, 8mo,
1 reply
Finally, a meme that is not right wing! I feel you man, this climate stuff is very worrying.
sevenheart
1 up, 8mo,
1 reply
Not really too worrying. I read that 34 species have gone extinct since the dire prognostication 4 years ago, and we've discovered 42 new species in the same time, and found 4 species thought to have gone extinct. We're carbon based life forms. Without CO2, life doesn't exist as we know it.
sevenheart
1 up, 8mo
Oops, most of the species that they think went extinct are orchids in the Thailand region. And a couple species of mosquitos.
Show More Comments
Flip Settings