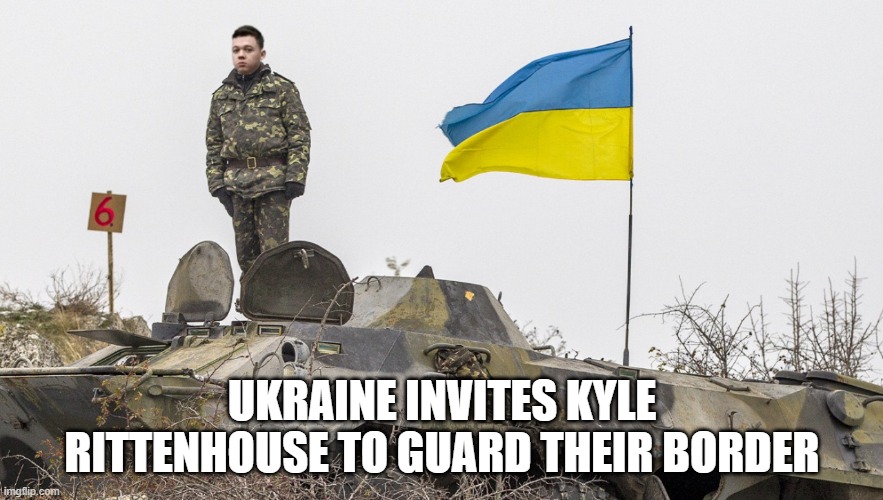 Conestogaman
0 ups, 7mo,
1 reply
He fell down after a skateboard to the head, spun around on the ground and killed the aggressor just before they could hit him in the head again. Calm under fire...
MemeSpirited
0 ups, 7mo,
1 reply Conestogaman
0 ups, 6mo,
1 reply
I guess you identify with the criminals that attacked him, one of them being a pedophile...
MemeSpirited
0 ups, 6mo,
1 reply
Look, a punk is a punk. Usually pedophiles aren’t very tough. So that increases his punk level. It doesn’t make him tougher. He is a little punk. The majority of the world will see it that way. Self defense or not.
Conestogaman
0 ups, 2mo,
1 reply
I suppose the 3 punks that tried to kill him are ok by you. We certainly do know who the punks are, and you, sir fall firmly in that category by siding with them.

The majority of Americans already do see that Kyle was VOLUNTEERING for the community, and was attacked. He is lucky to have the skills and tools which saved his life.

He is a millionaire now for suing CNN for libel. He has more lawsuits lined up. We shall see what the Supreme Court ruling on concealed carry will bring for the rest of the country. It already saved countless lives in a mall in Pennsylvania last week...
MemeSpirited
0 ups, 2mo,
1 reply
He is a punk. And no matter how people want to symbolize him. He will never be that symbol. You don’t get to be Bernard Goetz by having the guys Clint Eastwood would refer to as “punk” pulling your gun off your neck and then falling down twice as you ran away. That’s bitch moves. If that wasn’t the case, he’d have become something out of all this. Fact is, Bernard Goetz wouldn’t even need a sharpened screw driver to kick his crying in court bitch ass.
Conestogaman
0 ups, 2mo,
1 reply
I'll state it one more time for those in the back.

Kyle was volunteering to clean up graffitti WHEN HE WAS ATTACKED and tried to get away.

Yes, Kyle tried to leave the area, was followed, and ATTACKED by 3 men (at least one of which was a felon).

Kyle fell down because one of the punks chasing Kyle had HIT HIM IN THE BACK OF THE HEAD WITH A SKATEBOARD while Kyle was trying to escape the area.

Kyle shot him as he was about to swing the skateboard at his head a second time (self defense).

The survivor with the blown up arm stated publicly he was going to shoot Kyle in the head with his handgun until Kyle shot him first (self defense).

The only punks in this whole scenario were the Pantifa Punks who pick weak looking targets and gang up on them (3 punks against 1 adolescent civic volunteer).

The only other punk I see is you, who seems to be picking the side of the Pantifa Punks who tried to kill Kyle. Maybe you are a Pantifa Punk...

Or maybe you're just jealous of Kyle because he then won defamation lawsuits and is now a millionaire...
MemeSpirited
0 ups, 2mo,
1 reply
Kyle is a bitch. He’ll always be a bitch. Off to the same pasture as George Zimmerman.
Conestogaman
0 ups, 2mo,
1 reply
You seem to be taking it pretty hard that your buddies were shot and killed before they could kill Kyle. Perhaps I can call you a ride to your local safe place...
MemeSpirited
0 ups, 2mo
Nah. Has nothing to do with them. He’s no better. He’ll never be better. He’s already completely forgotten. He’s not tough. He’ll never be tough. He’ll never be anything more than a punk who’s AR almost got stolen by a couple of losers.
Show More Comments
Flip Settings
Created with the Imgflip Meme Generator
IMAGE DESCRIPTION:
UKRAINE INVITES KYLE RITTENHOUSE TO GUARD THEIR BORDER
hotkeys: D = random, W = upvote, S = downvote, A = back
Feedback