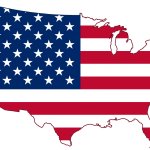 No. Let's trade out Leftists who hate our country with Hong Kong protesters and others who understand what it means to live under totalitarian regimes. Both get what they say they want. Protesters of totalitarianism get freedom and our Leftist get the government control they seem to crave. It's a win-win
Captain_Scar M
3 ups, 1m
Agreed. They can go live in Scandinavia, Canada, Australia, Europe, etc. if they want to be like them so much.
Grufenshmirtz
3 ups, 1m,
2 replies
Splitting would let the leftist places continue abortion and make it worse
Captain_Scar M
3 ups, 1m,
1 reply
Yeah and we've done such a great job of stopping abortion from continuing
just saying
Maybe this court case could change things, but splitting would actually let us stop it in half the country, as opposed to letting it continue in the whole country
Grufenshmirtz
1 up, 1m,
1 reply
True. Maybe a split would be a temporary solution to get the ball rolling. We can't just give up when it's gone in the "red country," though.
Captain_Scar M
1 up, 1m
Yeahhhh :)
Manhattan
1 up, 1m,
2 replies Making this country a better place for everyone is hateful for you?

No one is stopping you.
Captain_Scar M
2 ups, 1m,
2 replies
Burning the flag, claiming the country is systemically racist, trying to take away the rights that have made this country so great

Leave to where? Russia is the only place I'd even vaguely consider going to, and I really don't want to go there either XD
America's the only place that's relatively close to my principles, the left has Canada, Australia, Japan, Europe, Scandinavia, etc. to choose from if you want free healthcare and all that so bad.
whistlelock
2 ups, 1m,
3 replies
1) burning the flag is considered free speech. That thing in the Bill of Rights? Yeah, that thing. Look up Johnson v. Texas if you want to know more. If you don't like it... leave. America: love it or leave it.

2) the country is systemically racist. Your feelings don't change that fact.

4) Try Somalia. It's the ultimate small government country. You can own all the guns you want. Low to nonexistant taxes. They did just launch universal healthcare, so I don't know how that will work out for you.
Grufenshmirtz
2 ups, 1m
"1) burning the flag is considered free speech. That thing in the Bill of Rights? Yeah, that thing"

He didn't say you don't have a right to do it. Saying you hate America is using your free speech, but that doesn't mean it's not America-hating.
Captain_Scar M
2 ups, 1m,
3 replies
1) And now you're defending the thing that is a symbol of hate for America. Huh, guess I was right after all.

3) Yep, and you only make fun of it cause you're jealous
Manhattan
2 ups, 1m,
1 reply
Captain_Scar M
2 ups, 1m
Got me? Never said I supported that

Good move I guess though? Smart
Manhattan
2 ups, 1m,
2 replies
Captain_Scar M
2 ups, 1m
Got me again? They were traitors

so are leftists
Captain_Scar M
2 ups, 1m
Please don't tell me you think you're being clever right now XD
whistlelock
0 ups, 1m,
1 reply
1) Me pointing out that stopping people from burning a flag is a violation of their rights isn't me hating on America.

2) Let me use an analogy that might help you what people mean by systemic racism.

Let's say that way back in the day a guy builds a hotel. It's the only hotel in the city. It's very popular. There's 1 thing about this hotel. That guy who built it? He F**KING HATES people in wheelchairs. He designs his hotel so that every feature of the hotel has been meticulously designed to make their lives very hard but at the same time, makes things very easy for anyone who can walk. The policies he creates deliberately make things even harder/more expensive for someone in a wheelchair. Policies like rooms are three times as expensive and they aren't allowed access to room service for food delivery. But for people who can walk, staying at the hotel is a breeze. Very very easy.

But then that guy dies. And his son gets the hotel. The son doesn't hate people in a wheelchair. But he also doesn't care when other people point out the discrimination. He makes no changes.

That guy dies and leave steh hotel to his son. this grandson doesn't hate people in wheelchairs. He drops some of the rates, not all but some, and changes the policy about room service (but still keeps that rate double). He makes no changes to the building.

Then the great grandson gets the hotel. He agrees that the hotel isn't a suitable place for people in wheelchairs. The only thing he does is install a ramp at the front stairs outside of the building. And he puts up a sign saying everyone welcome.

But 99% of the building is still physically challenging and almost impossible for anyone in a wheelchair to navigate and use. And while the staff are all on board, they still operate by many of the discriminatory policies because "that's how it's done here."

And in all the years of the building being there, exactly 1 person in a wheel chair has managed to stay in 1 room.

That's systemic racism. You don't hate people in wheelchairs, but the building? It's still the same building. It needs to be changed.
Captain_Scar M
0 ups, 1m,
1 reply
I'll tell you what makes it challenging for black people, not having a father
but you don't want to talk about that sort of thing, it's always America's fault for being systemically racist
whistlelock
0 ups, 1m,
3 replies
Why would you think i don't want to talk about the struggles single mother's face, especially single mother's of color?
Captain_Scar M
0 ups, 1m,
1 reply
You think maybe it's because of the fathers not being around?
whistlelock
1 up, 1m
That's a complex issue. You should do some reading on it, like what social and economic pressures do black men face that might result in them not engaging in marriage or raising their children? If you think about it, facing a steady decline in wages & buying power since the 1960s, along with an increased chance of incarceration (while black men make up a total of 6% of the US population, the account for 50% of the prison population) might make a huge impact on the nuclear family structure.
Captain_Scar M
0 ups, 1m,
1 reply
Because you seem to be intent on blaming all the issues on systemic racism
whistlelock
0 ups, 1m
So, do you think there might be a connection between systemic racism and the challenges that single mothers of color face?
Captain_Scar M
0 ups, 1m
Well considering about 50% of the crime is committed by that same 6%, no surprise the prison population is what it is.
Everyone has a choice, and choosing to make a child is a choice. If they aren't able to shoulder the responsibility, then they shouldn't make the child.
UNHOLY_SPIDER_CRAB
1 up, 1m,
1 reply
1) if you are a civilian and you own a american flag you can burn it down when ever you want but if it is on banks, schools, government buildings, etc then it is considered illegal unless the government gives you permission. Your property: yes Public property: no

2) it is your opinion and your right to call the united states systemically racist but it is not systemically racist. letting black's, Asian's, etc have the same rights and everything as whites do is not racist. there is nothing in the system that is purposely racist.

3) countries go through many changes through out its live. more laws are being put in and taken out. you have the right to own a gun for only protection or hunting wild animals, if you do anything illegal such as: killing a person, shooting public/private property, threatening anyone with it then your rights of owning a gun are gone.

5) also if you haven't been to america or been born in america then your opinion means nothing to us Americans. you are being racist towards america. calling bad and horrible just because of social media and the news. sometimes those post and/or have false facts. don't be sad from this just have a great day and next time actually use your brain :)
Manhattan
0 ups, 1m,
1 reply
UNHOLY_SPIDER_CRAB
1 up, 1m,
1 reply
in new York city if you want to go hunting people would take vacations into states where it's legal to hunt deer. but the main reason people have guns in new York is protection against gangs who would mug them. stop trying to make your self smart. it won't work. you need to research more
Manhattan
1 up, 1m,
3 replies
Captain_Scar M
2 ups, 1m,
1 reply
Yeah, it's not like governments have killed tens of millions of their own citizens, totally never happened right?
Manhattan
1 up, 1m
Captain_Scar M
1 up, 1m
dang you're smart, got me there
UNHOLY_SPIDER_CRAB
1 up, 1m,
1 reply
I bet you didn't see the word gang I bet. there are gun groups that i have made that own guns

keep going. soon this will be a lecture for you. Also what country where you born in
Gorden_freeman
0 ups, 1m
like detroit
Franken30
1 up, 1m,
1 reply
What rights are being taken away? The right to a safe abortion, per Roe V Wade? Thank Republicans. Gun legislation? Reagan got the ball rolling on all of that and Trump voiced support expanding on it (https://amp.usatoday.com/amp/6070319001).
Captain_Scar M
3 ups, 1m,
1 reply
Well there's a thing called the right to life
Ya know, "life, liberty, and the pursuit of happiness"
Guess y'all wouldn't know

Yeah I've never said Trump was super pro-2nd amendment, soooo, thanks for further proving my point that Trump's a centrist I guess
Franken30
1 up, 1m,
1 reply
Right to life for what? You think the Founding Fathers were referring to abortion in the Declaration of Independence? Now you’re just being silly.

Conservative Jesus wasn’t super pro-2A either and it’s been Republicans who have sponsored and/or passed the strictest gun control laws in the last five decades. So yeah, there’s that.
Captain_Scar M
0 ups, 1m
Right to life for life? I don't know what you mean by that