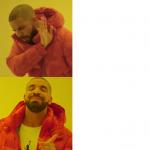 Caption this Meme
Best first
Latest first
Oldest first
23 Comments
Octavia_Melody
1 up, 2m,
1 reply
That was self defense
JJJR
2 ups, 2m,
2 replies
How so? She was unarmed?
[deleted]
2 ups, 2m,
1 reply
no way to know that when she broke in

https://www.youtube.com/watch?v=jWJVMoe7OY0&t=1639s
lokiare
2 ups, 2m,
1 reply
Since she didn't reach for a concealed item before being shot, it doesn't matter. The only reason you can take someone life legally is if you fear they are about to do the same for you. That didn't happen.
[deleted]
0 ups, 2m,
2 replies
you never know what's in a big coat and bag.
lokiare
2 ups, 2m,
2 replies
Doesn't matter. She didn't reach for it. Case closed the dude flat out murdered her.
[deleted]
0 ups, 2m
when's your side going to bring him to trial?

"BTY, Babbet was not posing a threat from what I've seen."

From what I've seen she was
JJJR
1 up, 2m,
1 reply
How?
Octavia_Melody
0 ups, 2m,
1 reply
How was she posing a threat? By climbing through a broken-out window into a locked and barricaded room where politicians were hiding from people like her who were calling for their deaths.
BufordUlyssesMuckenstern
0 ups, 1m
Show More Comments
Flip Settings