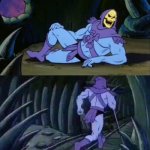 Looking at only total murders is irrelevant because countries have different populations.

1. El Salvador
2. Honduras
3. Venezuela
_G.K.G_
1 up, 1y,
1 reply
Bro that's per capita, he's talking about total numbers
RunawayTrain
0 ups, 1y,
1 reply
I know, hence the comment accompanying the meme.
CHESSEYTIMEUSA
1 up, 1y,
1 reply
yeah it actually is in a book of world record i know there are probaly countries with higher that what i heard of a week a ago maybe it has changed. Don't know
RunawayTrain
0 ups, 1y,
1 reply
Maybe the US has the most number of murders because the most number of As$#ucks live here. Why are people so hell bent on killing each other? Why are people killing their friends and lovers? Why are mother’s are killing their own children?
Do people feel there will be no accountability for their actions?

What is so different about the people who are doing this?

Figure out why and how to change it and you will be a hero!
CHESSEYTIMEUSA
1 up, 1y,
1 reply
I KNOW, WHAT DO PEOPLE THINK THELL GAIN WITH MURDER!!!!!!!???????
kefenutz
0 ups, 1y
revenge and satisfaction
Show More Comments
Flip Settings

Caption this Meme
Created with the Imgflip Meme Generator
IMAGE DESCRIPTION:
AMERICA HAS THE MOST MURDERS OUT OF ANY COUNTRY IN THE WORLD; SKELETOR WILL RETURN WITH MORE DISTURBING FACTS
hotkeys: D = random, W = upvote, S = downvote, A = back
Feedback