Democrats, your party has been screaming to defund the police since George Floyd and now you are saying it was the GOP??!? 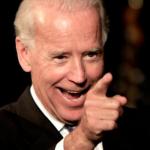 Caption this Meme
Best first
Latest first
Oldest first
2 Comments
CorporateLife2k
0 ups, 3m
Remember in Animal Farm when any random vandalism was always blamed on Snowball? Even though everyone knew it was Squealer and caught him in the act? I don't know why I mentioned that....don't know why at all.....
CorporateLife2k
0 ups, 3m
What lies are next? Democrats will blame Republicans for gun control? Or maybe say conservatives voted to expand abortion? Perhaps Biden will say the GOP is ruining America with their communist policies? Or Trump is censoring free speech?

The reason Democrats are reversing their narratives so soon after publically supporting them for decades is they want to test how forgetful the average Democrat voter truly is. And their big tech buddies control the flow of information. This is straight out of Orwell's 1984 novel folks.

And where will you find proof it was Democrats who screamed to defund the police? Going to Google it? They support Biden! It took me 30 min to find Trump's actual Tweet during the Capitol Hill riots. Guess what? He never ordered people to riot! Guess what Googling showed me? Thousands of left-wing results saying Trump specifically ordered the riots, without allowing me to read the tweet! Remember when Biden admitted Obama's administration built those cages on the border, but never placed children in them...until Univision journalist Jorge Ramos showed a pic of a boy in a cage in 2014? Or maybe you remember when Biden said he knew nothing about his son's business dealings in the Ukraine in 2020 while email's from 2015 were leaked showing then VP Biden in fact met his son's business partners? Remember Biden praising the lower cost of ketchup this 4th of July as proof inflation does not exist, while the Bureau of Labor released statistics that everything is skyrocketing?
Show More Comments
Flip Settings

Caption this Meme
Created with the Imgflip Meme Generator
IMAGE DESCRIPTION:
DEMOCRATS, YOUR LYING IS SO OUT OF CONTROL YOU MIGHT NEED TO TRY MASS HYPNOSIS.... "LOOK IN MY EYES...YOU ARE GETTING SLEEPING...NOW REPEAT AFTER ME...REPUBLICANS WANT TO DEFUND POLICE...THEY ALWAYS WANTED TO DEFUND THE POLICE....NOT DEMOCRATS...FORGET ABOUT ANTIFA.. FORGET ABOUT CHAZ...FORGET EVERYTHING DEMOCRATS SAID ABOUT THE EVIL POLICE FOR THE LAST YEAR...IT WAS ALL REPUBLICANS...TRUST ME"
hotkeys: D = random, W = upvote, S = downvote, A = back
Feedback