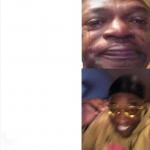 Caption this Meme
Best first
Latest first
Oldest first
6 Comments
[deleted]
0 ups, 4m
ikr
getting two christmases is great uwu
ay.ay_r0n
0 ups, 4m,
1 reply
Get's on me for a repost. Then ends up doing the same thing. I've seen this before, and this isn't even dark, like how the hell is this allowed in this stream?
DestroyerOfMan
0 ups, 4m,
1 reply

Where did you see this?
And at least you would need substantial background knowledge to know if i reposted this. (which I did not)

You just took a meme from the front page, changed up almost nothing but the font and the text's background color, and said it was okay.
Furthermore you are breaking the stream's rules by doing this
ay.ay_r0n
0 ups, 4m,
1 reply
I already told you. The mods wouldn't've allowed it if it really wasn't allowed. The font change is important to make it to where it actually isn't a repost. You're the one that thinks reposting is such a sin and it pisses me off. No one cares about reposts, you aren't even a mod for the stream. You have one good post which is the reason you have that many points. You have no room to tell me my posts are "reposts" when they are getting me further than you. Go talk to Pascalean about reposts, he would teach you a lesson.
DestroyerOfMan
0 ups, 4m,
1 reply
Woooow. This is not about who is more popular. I personally have no problems with reposting if you give it your own twist or bring something new to it.
What probably happened with The Mods is that they did not know this meme already existed.
What I don't get is how a change in the font makes it not a repost. Explain that to me. While it is a change it's a change so small that nobody would even notice.
ay.ay_r0n
0 ups, 4m
Popularity is what matters. If more people don't mind me doing it, then it really shouldn't matter. The mods saw that other person's post just 18 hours ago, you seriously think they wouldn't recognize it? A repost is completely stealing the meme. So if it wasn't black with different fonts and placement, it would be a complete steal. You also tell that I actually typed all that's in the meme. You can look at the image description and see that I didn't just copy and then paste the meme. If you didn't care about reposts then this conversation wouldn't be happening.
Show More Comments
Flip Settings