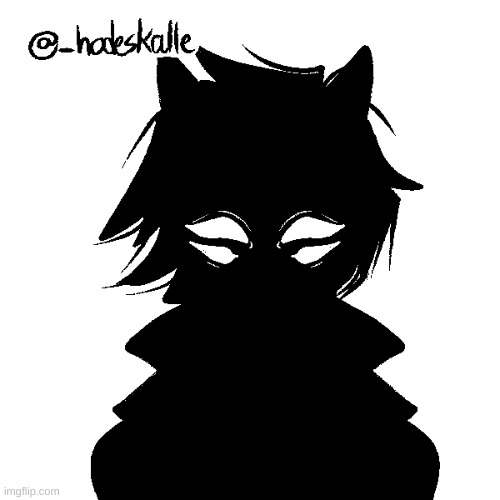 share
87 views • 2 upvotes • Made by Easter-BunBun 2 months ago in Hell-Universe
Add Meme
Add Image
Post Comment
Best first
Best first
Latest first
Oldest first
7 Comments
reply
Easter-BunBun M
0 ups, 2m,
4 replies
Shadow: Not much is known about him besides that he's a pacifist and wanted everywhere for a crime that he won't tell anyone about. He's made of darkness... Which makes hitting him hard. Physical attacks don't work against him. Water, Ice, and fire all can't hurt him. Ripping out his soul won't work because he either doesn't have one or if he does it's not in his body. Bright lights don't hurt him. He has a particular fear of shockwave blasts. they pull him apart not killing him but stopping him and causing pain. Besides that, there's no known way to hurt shadow.

Whereabouts- ???
reply
Easter-BunBun M
0 ups, 2m
Shadow is able to inflict horrible headaches upon people. He has super-strong tentacles that can come from anywhere in his body. He often just uses them as hands to point or pick things up though. He can teleport and has the power to travel between hell and earth. Something only EXTREMELY powerful arcane warriors and demons can do.

Shadow serves as the demon of Vengeance, Wrath, and Greed. He comes to earth to protect and get revenge for young people who have been traumatized. He protects this person. He becomes their own personal Demon Guardian. Defending them and bringing them great prosperity in return for the ability to bring down the Sin of Wrath on other humans who threaten the person. Burning them and carrying out sadistic acts then dragging their souls down to hell. He was at one point a shadow warrior for Malphas and then part of the God-slayer clan but decided when his brethren were executed to carry out this new lifestyle. He has a soft spot for young people which is why he normally comes to defend young people. He can leave at any time he wishes but can sense from hell when they are in trouble or need anything and will appear to help them.
reply
Easter-BunBun M
0 ups, 2m
Info: Shadow is from a clan known as the God-slayers in hell. They were warriors from the armies of Astaroth, Malphas, Lucifer himself, and Azazel. They combined their powers and trained to be able to fight gods and archangels. They waged war against the unjust and horrid gods and WON. But the only remaining member who saw the battle is Shadow. The others were captured and executed by Gabriel and Lucifer for committing crimes against Heaven and Hell. Shadow was the only one skilled enough to escape the grasp of satan himself and god's right hand.
reply
Easter-BunBun M
0 ups, 2m
"It's called Ultimate Shadow... It's an old magic that nobody else uses anymore because of the dangers. It's highly volatile and could kill you if you use it wrong. So when you start using train slowly. Don't use too much energy... My constant use of magic is not my use. It consumed me. But if YOU use it right and let me train you... Eventually, you'll be as strong as the Shadow warriors who fought in Malphas's army centuries ago" -Shadow
reply
AquaSpider M
0 ups, 1m
I kinda want him to meet Carmen. Tentacle-based combat is probably a pretty rare thing to learn. XD
reply
MemesForToday
0 ups, 2m
yeah uh i kinda know the whole "shadow invicibilty" thing
Show More Comments
Flip Settings
memes
gifs
other
Created with the Imgflip Meme Generator
hotkeys: D = random, W = upvote, S = downvote, A = back
Feedback
<![endif]-->