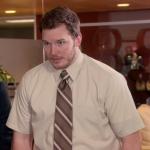 And for someone who's claiming I'm "extra" for speaking against upvote begging, you sure care a lot about my opinion. That sounds pretty "extra" to me.
Itzz_Adam
2 ups, 1y,
1 reply
nah i dont feel like it and what your saying about upvote beggars is like the same thing to people who repost other peoles memes
Tangre
1 up, 1y
When did I say reposting other people's memes is ok? Now look who's changing the subject.
Itzz_Adam
2 ups, 1y
and you cant control people if you want them to downvote a beggar just deal with it
Itzz_Adam
2 ups, 1y,
1 reply
thats not what i meant idiot
Tangre
0 ups, 1y
You can't even string a sentence together without typos and grammatical errors and I'm the idiot? What are you? 10?
Itzz_Adam
1 up, 1y,
1 reply
oh yeah how bad is upvote begging on facebook not worse than here
Tangre
1 up, 1y
Because the purpose of Imgflip isn't to share pictures of your new haircut the same way the purpose of Facebook isn't memes.
Itzz_Adam
1 up, 1y,
1 reply
and its not my fault theres a limit to how much you can reply to someone elses comment
Tangre
1 up, 1y
Then maybe you should specify that. How am I supposed to know which comment you're referring to if you reply to a different comment? And maybe you should condense your replies to one comment instead of 20 separate comments.
Itzz_Adam
1 up, 1y,
1 reply
so your changing the subject and plus i was only talking about imgflip
Tangre
0 ups, 1y
How am I changing the subject? And how is posting your face on Imgflip any different from posting your face on Facebook?
Notanupvotebeggar
0 ups, 1y,
1 reply
Can you stop hatin?
Tangre
0 ups, 1y
Upvote beggars deserve to be hated.
Itzz_Adam
1 up, 1y,
3 replies
it doesnt matter if its not a meme hes posting its not a rule is it
Tangre
1 up, 1y
How many times do you plan on replying to the same comment? Are you capable of condensing your thoughts to one comment?

I'm aware I can't control people but I can call out bad etiquette. Bad etiquette getting rewarded results in more bad etiquette until the place is unbearable to be in.
LegendsNeverOof
1 up, 1y
I think tangre is right. while upvote begging isn't as serious as reposting, it's still bad because while some people are racking their brains for good memes, others just snap a picture and get front page. if you ask me, gokudrip should get banned from imgflip
Tangre
0 ups, 1y
IMGFLIP IS A MEME SITE. It's also not against the law to cheat on your spouse. Does that make it ok? I suggest you look up a word called "etiquette."
Itzz_Adam
0 ups, 1y,
2 replies
still it doesnt matter theres no rules for upvote begging and i havent seen an upvote begging meme in 3 weeks plus your percentages are wrong its actually 10% upvote begging 30% people being extra and actually caring about upvote begging for no reason 60% memes
[deleted]
1 up, 1y,
1 reply
"....and i havent seen an upvote begging meme in 3 weeks...."

LOOK HARDER!
Itzz_Adam
0 ups, 1y
literally every time i get on i go up to page 15 past that is just older memes
Tangre
0 ups, 1y,
2 replies
It'll only get worse.
Itzz_Adam
0 ups, 1y,
1 reply
plus all things die out
Tangre
0 ups, 1y
Not if they keep getting attention.
Itzz_Adam
0 ups, 1y,
5 replies
litteraly i just said the last upvote begging meme i saw was 3 weeks ago almost a whole month
Tangre
1 up, 1y
And if everybody keeps rewarding it you're going to see it more.
PizzaHound
1 up, 1y
me just casually looking at this argument with no idea what you guys are arguing about:
animejat1
1 up, 1y
yo, please accept defeat. upvote begging is a bad thing period
LegendsNeverOof
1 up, 1y
tangre is right. upvote begging isnt a good thing to do
Itzz_Adam
0 ups, 1y
literallly i think your having a stroke if you think people are still upvoting gokudrips face
TheSmeggyBean600
1 up, 1y
i know, its a pain in the ass
Aliosin
0 ups, 1y,
1 reply
Maybe so but may I ask was it an intentional purpose, or was it assumed, because BigPig said it initially wasn't.
Tangre
0 ups, 1y,
1 reply
Does it matter? It wasn't even a meme. This is a meme site.
Aliosin
0 ups, 1y,
1 reply
So you're basically telling me it was assumed, then
Tangre
0 ups, 1y,
1 reply
It's basically assumed but the only way it will become popular is with upvotes so it's a pretty safe assumption. Upvote begging aside, it wasn't even an appropriate post for this site at all and I don't know why everybody ate it up.
Aliosin
0 ups, 1y
Hm. I mean I can't not agree on the fact he treats it like facebook, but maybe he was going for something rather "cute" or "new" or "bold" Which it wasn't. It could be him just impostering acting like he did it for fun but in the midst he did it for useless internet points.