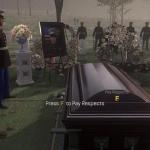 P.S.Hedgewik is gone. Nuked. Finito. And his latest hate-stream “based” is gone. Along with his Moonman.exe. alt. He was also assassinated.

Defeated by the mighty imgflip_military.
ALL of Hedgewik’s memes and comments here are gone too.

I did that. Me. I made that happen.

So, yes, we mean business and know what we are doing. That is a TRUE exercise in power.

How did that work out for you guys? Keep lying. We can do this the easy way or the hard way. Your choice
reply
LaChancla M
0 ups, 2m
he isnt my friend
reply
2stressed2beblessed
0 ups, 2m
can you give me advice for the election imgflip.com/memechat?invite=cE_IGtl5MAKJJhXd5OX2AGdSI78Ch4hg
Show More Comments
Flip Settings
memes
gifs
other

Caption this Meme
Created with the Imgflip Meme Generator
IMAGE DESCRIPTION:
ME HAVING RESPECT TOWARD ANOTHOR HUMAN DOESNT MAKE ME THEIR FRIEND; CAN PEOPLE UNDERSTAND THAT
hotkeys: D = random, W = upvote, S = downvote, A = back
Feedback
<![endif]-->