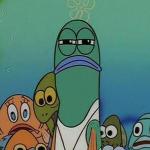 Lol :-)
ZenitsuPlays
1 up, 2y,
1 reply
did you know: you are #68 on Top Users
Ricky_out_loud
0 ups, 2y,
2 replies
Yes, thanks.
It took me 3 years to make the top 100, which was as big as the list was back then. It didn’t go to 250 at the time. There was only one stream, so it took a long time to get points.
Nowadays, if you put the time in, you can post as many memes as you can create, with all the streams. I don’t have the time, so people are passing me on the list. It’s surprising to see how many people were only on here a year or so, but have so many points.
See you around :-)
ZenitsuPlays
1 up, 2y
OOF
ZenitsuPlays
1 up, 2y
imgflip.com/m/newicon
imgflip.com/m/f_u_n_n_y
imgflip.com/m/spammemes
GutaroBoy
0 ups, 2y
HAHA so funny

i was being sarcastic don't get the wrong idea boomers
PrisonMike8793
0 ups, 2y
Booooooo! XD
ProlloGaming
0 ups, 2y
This will be on the front page soon, but it's on the 9th when I saw it. OG of
this meme
Show More Comments
Flip Settings

Caption this Meme
Created with the Imgflip Meme Generator
IMAGE DESCRIPTION:
WHY DON'T FISH PASS THEIR EXAMS? BECAUSE THEY WORK BELOW C-LEVEL.
hotkeys: D = random, W = upvote, S = downvote, A = back
Feedback