Kings in chess are trash! 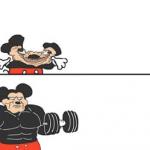 imgflip.com/i/4hitq9
HenryKrinkle
1 up, 2y
StevenS4
15 ups, 2y,
1 reply
Sebee-Pro-Gamer-Fan-1
1 up, 2y
Mental_Injury8900
10 ups, 2y,
1 reply
just like queen elizabith, the queens never die
Funguy.
14 ups, 2y,
2 replies
Mental_Injury8900
5 ups, 2y,
1 reply
im not a chess buff so ill trust that lol
Funguy.
6 ups, 2y,
2 replies
Yea queens r vital. Masters don’t need queens to win, but they’re very helpful, so losing them is very detrimental.
ProtagonistPotato
5 ups, 2y,
4 replies
Well, as a guy who plays chess normally, it is understandable. When your opponent got their pawn to the other side, they would most likely trade it in for a queen. Since I know some stuff about chess, the actual most powerful piece is actually a knight. It is so powerful, I am willing to trade one of my rooks/ bishops for the opponent's knight (no joke). I see the potential of the knight because of its odd move, which other chess players consider weak but I consider is powerful.
[deleted]
4 ups, 2y,
2 replies
the most powerful piece is a Pond cuz when you go to the other teams side you can trade anything with a pond like you can trade a pond for a queen
Trooper62-912Squadron
3 ups, 2y
ImAliveButImDead
3 ups, 2y,
5 replies
Pond? Oh you mean a f**king pawn. No, they’re weak, they’re easy to kill before they get to the end. Someone who’s actually good would never let a pawn get to the end.
[deleted]
4 ups, 2y,
1 reply
Funguy.
2 ups, 2y,
1 reply
They’re the most powerful b/c they can change identity... :)
[deleted]
3 ups, 2y,
1 reply
FINALLY SOMEONE AGREE’S
Funguy.
2 ups, 2y
Idk if i agree, but that’s a good point tho XD
[deleted]
3 ups, 2y
Boi there the most powerful you can literally switch them into a queen or anything if you put them to the other side
[deleted]
3 ups, 2y
Language man watch your language
[deleted]
3 ups, 2y,
1 reply
ok explain again why they're so bad?
ImAliveButImDead
1 up, 2y,
1 reply
They can only move forward (unless attacking) and it’s really easy to kill them before they get to the end. I’ve trapped someone with a pawn before, but it’s very rare.
[deleted]
1 up, 2y,
1 reply
I understand your point, but imagine a game of chess without pawns, i usually use them as a bait or i can get a pawn to the end by sending other pieces with it.
[deleted]
1 up, 2y
good one
.TacoBoy.
4 ups, 2y
hahahahahaha POND LMAO
J-Obama
3 ups, 2y,
1 reply
actually it depends on your strategy. You cannot checkmate with a night, but you can with a rook. With a queen, you are at risk of accidentaly getting a stalemate. A knight can fork pieces very well, can jump over pieces and wow, I never realized how good it was. I agree, the queen is the most powerful, but it is not as useful as a knight or a rook.
ImAliveButImDead
4 ups, 2y,
2 replies
The queen is not restricted by anything except other people, the knights advantage is that it can jump pieces, which is fantastic, but it can only move in the awkward L shape. Also what do you mean you can’t checkmate with a knight?
J-Obama
3 ups, 2y,
1 reply
What I mean is if you have a king and a night left, it is impossible to checkmate with them alone. The queen is a good middle game piece. It is terrible for the endgame because of how many squares it can take up. The rook is by far the best endgame piece. The knight's L shaped movement isn't awkward at all. In fact, it is the best way to fork people, to continuously check people. If the knight can't attack a certain piece, it can definitely attack another piece.
ImAliveButImDead
4 ups, 2y,
1 reply
The queen “takes up space”?
J-Obama
3 ups, 2y
for the king. The queen attacks a lot of squares which could lead to a stalemate in the endgame
J-Obama
3 ups, 2y
what I'm saying is that a knight in the center is by far better than a queen. In my opinion of course
apodoido
3 ups, 2y
Maybe its powerful, but I'm almost sure the queen is still better
Funguy.
3 ups, 2y,
1 reply
Well, i can see your point lol
Still I like the queen & rooks tho
& pawns can be underrated XD
ImAliveButImDead
4 ups, 2y,
1 reply
My favorite piece is the bishop. They’re so easy to set up traps with. They can go any amount of squares (in the right direction) and unlike rooks, they go diagonally, so they almost go between pieces. They’re also easy to overlook, unlike queens.
Funguy.
3 ups, 2y,
1 reply
A bishop can only move on one color though, so u need both 4 them.
Also, masters don’t overlook any piece often.
ImAliveButImDead
4 ups, 2y,
1 reply
Easier* to overlook, and a bishop is fantastic when you have the king trapped.
Funguy.
3 ups, 2y
ik... i like knights 4 forking queens & other pieces, too.
My dad was in chess tournaments & they would nvr start w/o him... & he loved 2 play with me & my siblings & so we all know how to play XD
I routinely would beat adults when i was 9 lol