Dang, how do I vote this one? 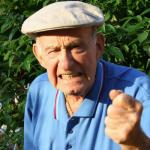 That doesn't make any sense
reply
BurntFingerForge
2 ups, 3d,
1 reply
I have several people that seek me out just to use false equivalency arguments, spew hate and down vote anything I write. I rarely respond and when I do respond it is here. I have no idea what memes they make because I never look to see. I can tell by what they post here that it is just hate, nothing of substance. A few on the left, like you, are able to hold real conversations, that's why I will randomly stop by to see what you have made and vote it up if I like it, I rarely down vote anyone because I do not have time to ask why they felt that way when they made whatever bothered me, I just move on. I hope that cleared it up.
reply
Octavia_Melody
1 up, 3d,
1 reply
I don't doubt that there are people who stalk and harass you, because I know a lot of that goes on on this site, from both sides. But I'm sure if you did leave the site, those people would shrivel you and die.

There are some conservatives here who can't handle a civil discussion, all they do is insult. You're not one of those people, and thank you for saying I'm not, either.

I would just caution you against thinking that it's only liberals, or mostly only liberals, who do that sort of thing. I see it coming from people on the left and the right.
reply
BurntFingerForge
1 up, 2d,
1 reply
Don't get me wrong, I am no victim, over the years there have been a few on the left with multiple accounts that would comment several times to make their argument seem like it had merit, basically agreeing with themselves. Sentence structure, spelling errors etc gave them away. I actually felt sad for them. They still stop by now and again but once I hit them with facts over their emotional rants they leave again.

The votes up or down on my memes do not phase me at all, I enjoy a cup coffee, knock out a meme when something on the news catches my eye and I am off to enjoy my day. I do find myself checking later to see if someone commented. Usually, I make memes up on the spot, first thing in the morning. The errors tend to reflect my failure to finish a cup of coffee and wake up but that's how I do it.

I do enjoy discussions with people that do not hold my world view. I realize the sides are fixed and there will never be any conversions from right to left or left to right but we can still learn and seek common ground. Coming from a big family, I can have the discussions face to face any time.

I find meme discussions to short to really change minds but as long as people take the time to stop and comment, I feel an obligation to at least read it. Your visits are always a nice surprise, I think we have had several good interactions on all types of issues. You are right that there are plenty of people on all sides that just spew hate. I think we would both agree that will never change because as long as people hate themselves they will lash out, hurt people, hurt people.

Have a great day.
reply
Octavia_Melody
1 up, 2d
"The errors tend to reflect my failure to finish a cup of coffee and wake up but that's how I do it."

I know that feeling. I'm often a mess before I have my first caffeine of the day.

It may not happen often, but it does happen.

"Your visits are always a nice surprise, I think we have had several good interactions on all types of issues."

Thank you. I agree.

Thank you. And you as well.
Show More Comments
Flip Settings
memes
gifs
other

Caption this Meme
Created with the Imgflip Meme Generator
IMAGE DESCRIPTION:
YOU PUNKS; NOTHING CHANGED DURING THE SHUT DOWN. THE HIGHLIGHT OF YOUR YOUR MISERABLE LIVES IS FINDING MEMES TO DOWN VOTE
hotkeys: D = random, W = upvote, S = downvote, A = back
Feedback
<![endif]-->