If you like market crashes and job losses - vote Republican! 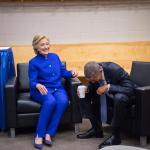 yup, you've got a firm grasp of what's going on here...it's all being caused by easing regulations. You're either dishonest or clueless, have a great weekend!
reply
Manhattan
1 up, 2m https://www.brookings.edu/interactives/tracking-deregulation-in-the-trump-era/
reply
VagabondSouffle
0 ups, 2m
Sorry, my man, but the markets have been long overdo for a correction.
They can't just keep going up - on record setting bubbles since Obama, no less - without popping. It's not like the DOW is going to hit $4 trillion one day and people will keep buying, it's just not possible.

Not saying Trump's undoing of everything wont have repercussions in the long run, but a recession was expected by this year, and market panics are caused by anything from hurricanes to oil spills to rapid gold price fluctuations to Florida orange shortages on account of bad weather. If you notice, they'll be a few days of a massive sell off, followed by the reverse.
reply
Timber1972
0 ups, 2m,
1 reply
Yes, because as all Leftists believe, it's "rules and regulations" which will save everyone and bring freedom, peace, and prosperity. But you don't understand that.
reply
Timber1972
1 up, 2m
The false dilemma is a logical fallacy for a reason.
Show More Comments
Flip Settings
memes
gifs
other

Caption this Meme
Created with the Imgflip Meme Generator
IMAGE DESCRIPTION:
SO TRUMP UNDID ALL THE RULES WE PUT IN PLACE AFTER THE LAST CRASH; AND "SURPRISE" IT CRASHED AGAIN!
hotkeys: D = random, W = upvote, S = downvote, A = back
Feedback
<![endif]-->