I am the captain now 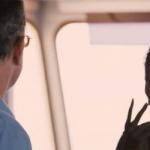 Caption this Meme
Best first
Latest first
Oldest first
6 Comments
[deleted]
2 ups, 2y,
1 reply
Gee, according to trump, warm weather was supposed to wipe it out, it is Australian summer after all
Miguel5
2 ups, 2y,
1 reply
It would be funny if so many lives were not on the line. This virus will wipe Trump out. it's going to crash into the USA like a freight train. The virus has been spreading there since January and nobody figured it out. Once they start testing en mass .. the numbers will shoot up. I live in Australia very close to where Hanks is... the virus started hitting us during the middle of our summer here. Trump is blaming Europe and China .. just a couple of days ago Trump was saying that covid-19 was the same as the common flu. Absolute asshat and I feel for Americans or anyone suffering from this but I predict that the numbers in the USA will be terrible.
KylieFan_89
1 up, 2y,
1 reply Someone put this man in charge of our country
Miguel5
1 up, 2y,
1 reply
if you are talking about me... I am nothing special. We just had the information here in Australia out in the open. We saw China, Hong Kong and Singapore pop, go into panic buying, shutdowns etc. and we all just assumed that we would eventually be next. Then came Iran, Italy, Spain etc. and nobody in the USA was taking it seriously. On Feb8, I warned my American family and friends and most of them laughed it off. I kept hearing from Americans that it was just another flu. Even up till today, I have only ever heard this from Americans. Then came Washington State and NY State, Michigan, Louisiana etc. and even today... I still have some Americans saying that this is just the flu or even more harmless. The information that seems to be missing from the USA is that there are several mutated forms of the same virus now and some are more lethal than others. This is not the flu. This is a new disease with many unknowns. Generally speaking this virus will kill or permanently damage 1 in 5 people. Yes there are demographics at work such as being older, obese, smoking, being overweight, being male etc. but still...new disease, violent quick deaths when it goes into the lungs. Kills with blood clots in the lungs, organ failure and pneumonia and is mutating. The only thing that got through to some of my US friends was saying "Imagine that your child is sick and having trouble breathing..you take your child to the hospital and there are 2k people there ahead of you" .. This is the nightmare scenario that makes any restrictions worth it for now let alone the threat to older people and the incredible death rate of almost 20% for anyone over 80 that gets infected etc. Australia has largely stopped the virus for now. But we are going into our flu season and into wintertime now and as most people know... the second and third waves of this could be far worse...just like the Spanish flu. And the Spanish flu is a variant of the H1N1 (swine flu) and probably killed around 800k Americans. This covid-19 SARS 2 virus may give the Spanish flu a run for it's money.
KylieFan_89
1 up, 2y,
1 reply Surely you know by now that our President and several governors even are toying with the idea of re-opening in just a couple weeks?

When the number of deaths last week doubled from the week before.

Please spread this message to the world and help snap my countrymen back into reality.
Miguel5
1 up, 2y
Most Americans support restrictions and are complying and this is making a difference. But that conservative fringe .... They will burn the place down to prove that they are right. The entire world is watching those "freedom protests" and scratching their heads like WTF? People are arguing with a virus? That is like arguing with the sun about coming up in the morning. The virus does not care what we believe, what channel we watch, who the president is or whatever. Even modern history shows substantial evidence of viruses and how they behave let alone evolutionary history ... When the Spanish arrived in the Americas up to 90% of the native population died from viruses that they had not had a chance to adapt to ... And God was nowhere to be found. Take care Kylie .. Use science to stay alive.
Show More Comments
Flip Settings