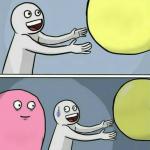 That alone guarantees only that the stalker would be unable to follow you from his vehicle so always keep your "head on a swivel" ... meaning always exercuse caution and be aware of your surroundings.by looking around you.
reply
TheGreatLMG
4 ups, 1m,
1 reply
And this is why i have a pocket knife with me whenever i go somewhere. Cant trust anybody these days.
reply
UniformVictor
3 ups, 1m,
1 reply
You're right on that. I take a can of Pepper Gel with me where ever I go (Pepper Spray but as a gel so that can theoretically be used indoors as well)
reply
TheGreatLMG
3 ups, 1m,
1 reply
That works as well, just make sure its pointing the right direction. I've seen people not only miss their target with those things, but hit some bystander in the process.
reply
UniformVictor
2 ups, 1m,
3 replies
Yes, and head wind as well. It would be nice to have something that doesn't have the limitations and risks of common defensive tools..

Stun guns are great but it's not like the movies where you zap him and he faints... it only hurts him (the pain does not linger).

Pepper sprays can only be delivered at the person's face for it to be effective and must be careful not to spray wirh the head wind.

Pepper Gels have a greater reach, about 18 feet, but I wished it would be longer (I think by the time it reaches 18 feet it's spraying the ground).

And finally, Tasers are probably the best one you can buy. Once deployed, the attacker is continually being tased for 30 seconds, giving you time to run away. It also has the most reach I think. But while it has the best reach, but it's a one-shot tool (you must load another with every shot) and is extremely expensive. A taser gun might cost less than $150 but each shot is roughly equal to that price.

Furthermore, you have to be old enough to use it. I believe that is similar with pepper sprays and all others, so what are left for kids other than sticks and stones that can be found on the sidewalks or dirt path?
reply
TheGreatLMG
2 ups, 4w,
1 reply
Pocket knives if all else fails (which thankfully hasn't happened to me or my friends. But when i was younger we usually had to walk around with bb guns.
reply
UniformVictor
1 up, 4w,
1 reply
On knives... you might want to ask the police and a lawyer the legality of using knives for self defense.

Some live in states where it's very restrictive and even if you're not in such states, knives are not seen as a "Non Lethal" defensive tool. All that I've mentioned above are Non Lethal devices.
reply
TheGreatLMG
0 ups, 4w,
2 replies
Sadly yes, ive had conversations about the whole knife deal. But in my mind, getting in trouble with law enforcement for using a "Lethal weapon" for self defense is better than getting beaten down, and possibly kidnapped by some stranger on the side of the road.
reply
Potterheaddirectioner
1 up, 4w,
2 replies
Bro’s, I grew up in a neighborhood where you couldn’t go outside when the sun was going down due to shootings.

At school now, when we have fire drills or lock downs, I have flashbacks from a real one I lived through.

Kids joke around with those, but they are really dangerous. Teachers get mad when they throw those around because it’s dangerous to have one randomly.

Someone could have walked in and pulled the alarm to pull a shooting. It’s not a joke, I repeat, IT IS NOT A JOKE. I get so pissed when people act like it’s a joke because believe me, it’s not.

The scariest thing is when your old history teacher is reliving his old Vietnam days by standing by the door with an old baseball bat ready to bean whoever comes in and shoots up his classroom. The school jock was in there with me and he told me that it was going to be okay as he held me and turned his back to the door. Your heart is pounding as the door handle stops rattling and thumps emit from it instead.

I’m sorry, but I can’t stress this enough, not everything is a joke.

That said, nice meme.
reply
TheGreatLMG
2 ups, 4w,
5 replies
Yea, everyone treats it like its funny until it happens to them.
TheGreatLMG
3 ups, 4w
Fortunately no, i have never experienced a school shooting or a similar event. However i never joke about it publicly because of how sensitive a topic it is.
Potterheaddirectioner
1 up, 4w
EXACTLY!!
HAVE YOU...
Potterheaddirectioner
0 ups, 4w
I am proud to know you
UniformVictor
0 ups, 4w
I didn't know the Brits make fun of us because of that, but I can see it now. Being afraid of our own kids is humiliating and embarrassing, come to think of it.
TheGreatLMG
0 ups, 3w
its not just our own kids, its people in general.
reply
UniformVictor
1 up, 4w,
2 replies
No, it isn't funny; and it is appalling how people treat it as a joke when it is not. I am awfully sorry what you went through ..

Kids shouldn't face frightening things like what you've experienced, and war veterans like your teacher shouldn't fight for his life and the lives of others again in his own country.
Potterheaddirectioner
1 up, 4w
Is alright, it could have been worse.
TheGreatLMG
1 up, 4w
damn, now i understand why the brits make fun of americans....
reply
UniformVictor
0 ups, 4w
Did you talk to your lawyer about it?
reply
FaithPatyk
2 ups, 4w
True that.
reply
SexyMemez
0 ups, 2w
reply
LewisMcKinlay
2 ups, 1m
reply
Vincent5515
1 up, 1m,
1 reply
I have 2000+
reply
FaithPatyk
0 ups, 4w,
1 reply
The meme has 22,000+ views on it now. :)
reply
Vincent5515
0 ups, 4w
i have more
reply
FaithPatyk
1 up, 4w
I love that I got this many views!! Thank you all and please tell me if I can make anymore memes like this!
reply
jamessavik
1 up, 1m
reply
FaithPatyk
1 up, 1m,
1 reply
Thank you for getting us to 1000+ views!!
reply
SavannahIsaiah
2 ups, 4w
Save me please.
reply
RyanMata
0 ups, 4w
reply
roblox_vr_is_good
0 ups, 3w
reply
TheNoodleTimeHadExpiredNoodles
0 ups, 4w
reply
bbbadboy
0 ups, 4w
reply
Glitter_Pillzz_Original
0 ups, 3w
I’m a girl and someone took me in their van just to **pe me😣
reply
IsabellePERRY
0 ups, 4w
Heh nice one
reply
THEONEABOVEALL2
0 ups, 4w
Show More Comments
Flip Settings

Caption this Meme
Created with the Imgflip Meme Generator
EXTRA IMAGES ADDED: 1
IMAGE DESCRIPTION:
SAFETY WHILE WALKING HOME ALONE; ME; SAFETY? THAT ONE GUY IN A WHITE VAN; ME
hotkeys: D = random, W = upvote, S = downvote, A = back
Feedback
<![endif]-->