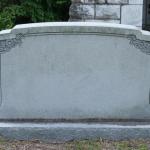 That's what the court is for, it's a check against both the executive and the legislative branch. The legislative branch did not want to use the judicial branch because it would take too long. This is why they're demanding additional witnesses in the Senate, because they didn't do their jobs in the House.
reply
[deleted]
2 ups, 5m
Well and truthfully said!
reply
TwoWayMirror
2 ups, 5m reply
[deleted]
2 ups, 5m
Good thing Trump won't use such power as did the House Democrats. They were totally corrupt in their practices.
reply
[deleted]
1 up, 5m,
1 reply
No. It was defended by the senate. Well done
low rated comment (click to show)
reply
MichaelSchrodyBarefootMike
1 up, 5m,
1 reply
reply
[deleted]
2 ups, 5m,
1 reply
Nothing to do with Trump. Senate preserved checks and balances. Not dead at all.
reply
MichaelSchrodyBarefootMike
2 ups, 5m,
2 replies
how do you figure? They're going to allow a corrupt president to continue, UNchecked in his corruption.
reply
[deleted]
3 ups, 5m
No corruption. Evidence is all 100% clear he's not guilty... The Checks and Balances were preserved by defending the Constitution and Separation of Powers for the Democrats unfounded and unconstitutional phony impeachment...

So yeah, all is well in America... Justice as prevailed. An innocent president defended from DNC abuse of power.

Rest easy!
reply
aquamarine7
1 up, 5m
Tried to give this comment an upvote the system wouldn't let me. Why not? What the heck? Republican vote suppression software.
Show More Comments
Flip Settings
memes
gifs
other