Please explain to me how the facts in the meme I submitted to politics is racist. Serious answers only. 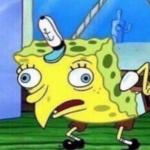 Caption this Meme
Add Meme
Post Comment
Best first
Best first
Latest first
16 Comments
reply
JeroenBroks
2 ups, 4w,
1 reply
At the present time a lot of remarks about Mexicans are made that are not based on facts but rather for the sake of hate, so moderators can require utmost care when it comes to posts about Mexicans in a negative daylight.

Now when it comes to the statement itself, I cannot verify your statement so I can't tell if it's fact for fiction, but that doesn't really matter to me. I place really little value in numbers, since numbers only tell a part of the story, and only when I know why the numbers are the way they are I can start drawing conclusions, without the story behind the numbers, numbers only form a half-truth, and half-truths, although not lies by themselves easily lead to people drawing wrong conclusions, and I guess the responsible moderator (whoever it was), was not really willing to risk that, this due to the sensitivity on the subject of Mexico and Mexicans... well, at least within the United States. The meme does not directly state it, but to the moderator it may easily imply Mexicans, as a group of people (and thus not judging per individual), are murderous maniacs, and I think that implication was what caused the moderator to act. Question is of course also in which stream you tried to post this meme, since some streams may be stricter than others.

Please note, I am not expressing my personal opinion about the meme itself, neither will I express werther or not this moderator is in error. Since I've moderated many communities myself and may even moderate communities in the future, I prefer to take a neutral position when it comes to what a moderator does and does not. I am merely trying to give an interpretation to what may have moved this moderator to do what they did, and why they may have deemed that particular meme "racist".

Also note that when it comes to racism on the internet, more and more countries require communities to moderate on this in a stricter manner, and particularly when it comes to sites serving as social media. IMGFLIP cannot risk getting banned in several countries due to "poor moderation" on this department, so they'd rather be too careful than too lenient.

I hope this may clarify things a bit....
reply
SpursFanFromAround.
2 ups, 4w,
2 replies
I disagree with some of what you said, but at least you were civil about it, unlike the race baiting twit below. I appreciate that.
reply
JeroenBroks
2 ups, 4w
I'm sorry you feel that way. Please note, I did not try to voice my own opinion. I'm merely trying to give a view of how the moderator may have cast their judgment. In my own experience as a moderator to several communities, I know that cases where it handles discrimination (or at least accusations thereof) are sometimes very hard cases, and fear for a racist image is what many communities sometimes base their moderation decisions on. A racist image can damage a website commercially, and also cause authorities to take a site down, although the latter is also a hard case, as censoring is not allowed that easily. And I know that discrimination is also a kind of debate where sense and nonsense intertwine in both the public as political debate. And when it comes to your meme, people have many different kinds of judgment if it is discrimination (of in this case Mexicans) or not. I will assume the numbers you mention are true, and facts are by themselves not racist, but the way they are presented always leaves room for interpretation, and I guess the moderator interpreted is as racism.

I do not know if IMGFLIP has a kind of complaint address to complain about judgment errors by moderators. Moderating is human work after all and humans can make mistakes, and perhaps an administrator should judge if this was a mistake or not. It is not in my place to defend or attack the moderator in this particular case. Point is that the ice can be very thin when it comes to how statements about groups of people are being made.
reply
InterestinglyUninteresting
0 ups, 4w,
1 reply Caption this Meme
Created with the Imgflip Meme Generator
IMAGE DESCRIPTION:
yOuR mEmE wAs NoT fEaTuReD bEcAuSe It'S rAcIsT
hotkeys: D = random, W = upvote, S = downvote, A = back
Feedback
<![endif]-->