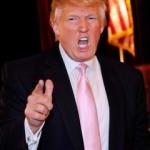 There is a reason that it turned into a criminal investigation, because it was to harm Mr. Trump's chances of becoming president. One thing I still have an issue with is that us republicans, we put up with Obama for 8 years. The disastrous Iran Nuclear Deal that allowed Iran to create nuclear weaponry, and even then they didn't follow the deal in the first place.

Obama and his Vice President have many things that are impeachable offenses by the constitution, here is to list a few:

-Biden threatening to withhold military aid to Ukraine because Hunter Biden was convicted of the Burisma Scandal, so he got Ukraine's Prosecutor fired or he'd withhold the aid.

**That is from the CATO Institution, a non-biased website. That lists 10 ways ow Obama broke federal law.**

What amazes me is that we republicans waited our asses off for 8 years while you guys couldn't even last 2 months into Trump's Presidency to announce the "russians colluded the election". Now I ask you, what's the next scandal? Did Uzbekistan hire Trump as a envoy? Come on, now.
reply
Manhattan
1 up, 4w
Former special counsel Robert Mueller testified Wednesday that he did not indict President Donald Trump on obstruction of justice charges because of Department of Justice guidelines barring a sitting president from being indicted — but later clarified his remarks.

The confusion came amid questioning from Democratic Rep. Ted Lieu of California during Mueller's testimony to the House Judiciary Committee.

Lieu recounted the three elements needed for the crime of obstruction of justice.

"I believe a reasonable person looking at these facts could conclude that all three elements of the crime of obstruction of justice have been met, and I'd like to ask you the reason, again, you did not indict Donald Trump is because of the OLC (the DOJ's Office of Legal Counsel) opinion stating that you cannot indict a sitting president, correct?" Lieu asked.

"That is correct," Mueller
reply
Manhattan
1 up, 4w
Hunter was NOT convicted of anything BIDEN is NOT the president... and

The Cato Institute is an American libertarian think tank headquartered in Washington, D.C. It was founded as the Charles Koch Foundation in 1974
reply
4DayCreeper
2 ups, 4w,
1 reply OMG! Here we go again: Obama and Clinton are responsible for everything since the dawn of time but the "law and order" party look the other way when it comes to the current occupant of the White House.
reply
anthorain
2 ups, 4w reply
orangemanbad
0 ups, 4w
Do you remember the other week when they were saying we are gonna be in World War 3? Many on the left were on about how Iran is a nuclear power even though they supposedly dont have weapons. Wait until we learn the actual realities of that nuclear deal, it's suggested in certain circles that a quantity of warheads were supplied (6 or 8 off the top of my head).
Show More Comments
Flip Settings

Caption this Meme
Created with the Imgflip Meme Generator
IMAGE DESCRIPTION:
I DON'T DO COVER- UPS! EXCEPT WHEN I CHEAT ON MY WIVES, STIFF MY CONTRACTORS, CREATE FAKE UNIVERSITIES, LAUNDER MONEY FOR THE RUSSIANS, DEFY CONGRESSIONAL SUBPOENAS AND OBSTRUCT JUSTICE!
hotkeys: D = random, W = upvote, S = downvote, A = back
Feedback
<![endif]-->