trains are better than cars and planes 2: confronting myths about rail in the united states 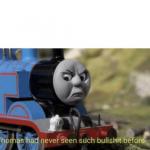 Couldn't resist :)
reply
synthetic-Mantis
3 ups, 1m,
1 reply
EYYYYYY sup mates. synthetic-Mantis here. i've been on the flip recently, and you might've seen me debating people about the efficiency of railroads. There are lot of myths about passenger rail floating around, and I thought I'd make a full-on tangent thread tl;dr about them.
My formatting is this:
First, I explain the myth in quotes.
Next, I debunk that myth.
After that, I compare it to the alternative that is being argued for.
Lastly, I observe how and why that myth exists.

\\\Myths on Trains vs. Cars///
*I devote a section of myths based on comparison to road transport due to the complaints and logic being given to railroads not being expelled onto roads.

\Myth 1/
"Trains are noisy!" "Trains will disrupt my cattle!"
- This is a fairly common myth about railroads. Various videos of high-speed railways prove that the railroad is often much quieter than the freeway... and the trains do not disturb the cows.
- The freeway generates a lot of noise. There's the constant drone of cars' wheels interacting with the road, the occasional truck engine, the police siren, etc.
- In the United States, this myth stems from trains' horns being extremely loud. The horns on freight trains and most Amtrak trains can be heard for a good distance away. However, trains in Japan that are /modern/ produce far less noise, and you don't need an acoustics genius to tell you that maglev is a workable solution to that problem.

\Myth 2/
"Cars give us freedom to travel anywhere! Trains don't."
- A myth that stems from the various lies that the oil and auto industries feed to the general public, usually along the lines of, "the government wants to take your car away." This is hardly the case. The point of the railroad is to provide an /alternative/ to driving & flying.
- What the United States suffers from right now is car dependency, or when anyone without a car has to suffer downtown while the people with a car have to suffer the roads. Cars provide freedom to travel freely, but they aren't the true definition of freedom. Try telling the freedom argument to a person without a driver's license.
reply
synthetic-Mantis
3 ups, 1m,
1 reply
Cars vs. Trains (con't.)

\Myth 3/ (this one ties in with airplanes a fair bit)
"Trains are unsafe!"
- People will use this argument in favor of airplanes, though the statistics of airplane vs. train safety are marginal. Japanese Shinkansen system has never had a fatality during its' half a century of running.
- Oh boy. The highway safety statistics say otherwise.
- Train crashes do happen, and the United States government is pretty lax when it comes to train safety. This is because most Amtrak trains run on railroads suited for freight trains.

\Myth 4/
"Railroads will take up too much space!"
- Often the question when the railroad is being integrated in the city center. However, compared to airports and freeways, railroads are the most compact form of transportation.
- Freeways need a lot space because large cars and trucks are using the road simultaneously. Airports need a lot of space for the planes to take off/land. Trains can fit multiple people in a few carriages and don't need to fly... unless it's a maglev... because maglevs can levitate... but they still take up little space. Even then, land owners will protest against a railroad despite the negative impacts of freeways that are constantly being ignored.
- The general public forget that many city centers have railroads running through them, or that they used to hold passenger service. As a result, passenger service appears to be new and unthought of.

\Myth 5/
"Trains are inconvenient!"
- For people living in the city center or without a car, trains are the best bet. Trains can even be expanded upon from intercity service to regional service around the area, commuter service around the city, and subway/streetcar service more centrally. In fact, America used to have low-capacity trams that went close to peoples' doorsteps. They were called "interurbans".
- The car has to deal with other cars, road safety, and congestion. In other developed countries, it is slower to take the car than the train.
- This myth resonates well in the United States because Amtrak places its stations in dumb places (take a look at Atlanta), while the car is right outside our houses.

\Myth 1/
"Trains are noisy!"
- I said that modern trains are quieter than freight trains previously. Now let's compare it to airplanes.
- Airplanes are the loudest thing in the world. People in Southwest London will agree with me on this one.
- Again, see the first myth in Trains vs. Cars.
reply
synthetic-Mantis
3 ups, 1m,
1 reply
Trains vs Airplanes (con't)

\Myth 2/
"Planes are faster than trains"
- Well, yes, but are they the more convenient way to travel? Airports are kept far out of the city center due to the space requirements for airplanes to take off and land safely. As a result, this increases the time one has to go from the city center to the airport. This is increasingly harder when road access is the only thing going to the airport. Then there's also leaving the other airport you land in.
- Consider this as well: you have to arrive 3 hours early to the airport to go through customs and check-in. Ever since 9/11, the United States has gone ballistically anti-fourth amendment with innocent people dealing with Customs. And when you combine a plane's speed with taxiing and runway traffic, it becomes much less convenient and fast, which is what young people want. The reason airline companies can't really compete with a /competent train company/ is because the train is more convenient. You only need to arrive 30 minutes to the station before the train arrives to look at timetables.
- This myth sticks because airplanes can hit 800 kph. Trains can't, though a maglev train can hit 600 kph, which is actually more of a burden to airplanes than people would think.

\Myth 3/
"Planes don't require as much infrastructure, so flying is cheaper!"
- When ran well, trains can make a profit. Heck, if Amtrak only ran a few of its routes such as the Northeast Regional, the trains would be much more profitable. Because trains are predictable, easy to control, stable, and versatile; companies profit a lot from operating railroads.
- Despite needing little infrastructure, airplane companies barely make a profit. The ones that do are budget airlines that fly short distances with their own airports and much less comfort. Planes only make a profit of *all* the seats are full, and that isn't really the case often because seats on a plane are expensive. Airplane companies need a special fuel, but that's the least of the problems. Pilots aren't cheap because the company has to teach them to fly different airplanes. The main way airplane companies survive in the United States is through government subsidy to travel internationally.
- Where the myth comes from is pretty obvious: trains can't fly. However, the reality is that planes can't sustain.
reply
synthetic-Mantis
3 ups, 1m,
1 reply
\\\Myths about the railroad in General///

\Myth 1/
"Railroads aren't profitable!"
- JR Central would beg to differ. When I say /competent/ rail company, I mean a company that knows what it's doing. Usually with a company that takes that approach to railroads, you get profits from said company. Profits that could stabilize the United States economy. High-speed rail is more profitable for routes a few hundred miles long, which is perfect for dense areas like the Midwest, Texas, and the Northeast.
- I already mentioned that airlines have a hard time making a profit, but what about roads? Do they make a profit? Well... the government is spending billions on freeways, handing out bailouts to General Motors to keep precious Detroit safe, and most American cars are from Japan. At least railroads will put America back to work.
- This comment comes from Amtrak's need for government subsidies. However, the reason Amtrak doesn't make a profit is because of routes such as the 2-day-long California Zephyr. 48 hours turns into expensive worker wages, thus loss-making route.

\Myth 2/
"Railroads don't work in the United States"
- Railroads actually built the United States. The Union States wouldn't have won the Civil War hadn't it been for the railroad coverage. Many landlocked cities exist today because they were railroad hubs.
i.imgflip.com/3m8s1i.jpg (click to show)
This map lays out details of what could potentially be a high-speed network around the United States, with thicker lines being more likely to be used.
- The only reason cars and planes hold prestige in the United States is because of lobbyists and corrupt politicians.
- This argument resonates well in the United States because of Amtrak's incompetence. If America invested in modern high-speed rail, transportation would boom our economy again.
\Myth 3/
"Expensive!! Just look at California"
- When done by our government or friggin California, yes it is. Instead, look at Brightline, the private interest group in Florida. They got what they needed to done for a cheaper price than the 2nd avenue subway extension in New York.
- I've already mentioned that our roads cost billions to maintain and that airlines need government subsidies to survive.
- Again, this argument is brought up by residents in the United States because of the way our Federal Government does stupid shit.
reply
synthetic-Mantis
3 ups, 1m,
1 reply
\Myth 4/
"Hyperloop"
- This is an obscure one that younger people might bring up. I'll format this myth differently by explain Hyperloop (the alternative to rail) first, and explaining other rail forms later. Hyperloop is a concept for rail where a pod travels through a tube with no air inside, potentially bringing speeds of up to over 1000 kph. It is currently, however, in concept stage, and only exists as a way for news outlets and business ventures to make money. Unfortunately, it's destroying the perception of sustainable transportation because if it fails, it'll ruin the future of rail infrastructure in the United States. The problem with the Hyperloop concept is that its experiments have failed to prove sufficient results and it bears a low capacity. Then, there's safety. What happens if the tube breaks? Yeesh.. the gruesome outcome...
- Why are 300 kph bullet trains better than the Hyperloop? 1 Hyperloop pod is expected to carry 20 people a unit, transporting 1000 people per hour. A Shinkansen unit can carry 1000 people per unite, transporting tens of thousands per hour in peak times. That's faster in the long run. When you combine that with the 600 kph maglev in Japan, the Hyperloop can't compete.
- The reasons people will flock to defend Hyperloop are many. One is because the concept was made by Elon Musk, the funny meme man who says he will make catgirls real while ignoring induced demand. The funny dude who can turn a cardboard box into an electric pickup truck while building tunnels for cars that **do nothing**. The other reason is that Hyperloop is the media's playboy, and the name is enough to stir up hype. What the media won't talk about though is Japan's SCMaglev.

Any myths I left out? Any that you're willing to bring to and convince they're not myths? Leave a comment. bye
reply
[deleted]
2 ups, 1m,
1 reply
I’m going through your stuff and upvoting it, hopefully we can get you into the top 100 soon
reply
synthetic-Mantis
3 ups, 1m
Thanks mate.
reply
Liberal_Antagonist
0 ups, 2d
Lot of this follows
Show More Comments
Flip Settings