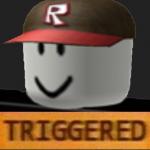 Caption this Meme
Add Meme
Post Comment
Best first
Best first
Latest first
Oldest first
9 Comments
reply
Boma
2 ups, 5m,
1 reply
Insults only work when they have a truth behind them that you dislike about yourself. There are words I do not care for, but it's because they mostly show the ignorance of the person saying it. The word themselves do not bother me.
reply
Boma
2 ups, 5m,
1 reply
Love the name change for the season.
reply
GrilledCheez M
2 ups, 5m
Aw... Thanks

And I see where you're coming from
reply
[deleted]
1 up, 5m,
2 replies
I believe that words have power and your tongue has the power of life and death. Also I’m really sensitive so I really can’t take jokes about me.
reply
GrilledCheez M
0 ups, 5m
Exactly, sensitive people are offended easier than others
reply
GrilledCheez M
0 ups, 5m
But yes, words are stronger than you think
reply
OlympianProduct M
1 up, 5m Now I’m gonna say the n word
reply
KylieFan_89
1 up, 5m,
1 reply
Words matter and people have a responsibility not to resort to insults when conversing with each other. You can't simply pawn off that responsibility by ridiculing the target of the insult for being "triggered."

If a white person calls a black person an "n-word," knowing all the awful history behind that word, the black person has a right to be offended. And others have a right to ostracize you for doing so.

Some people take the concept of "being offended" too far, but this doesn't happen nearly as often as it's claimed by right-wingers.
reply
GrilledCheez M
0 ups, 5m
I get what you're saying, and I agree.
Though, if you think about it, you wouldn't get offended if you just brush off the insult because you know that insults are meant to bait you into anger or sadness, and by taking the insult to heart you are taking that insult.
But that's only for tough people, not everyone has thick skin.
That's why we have to be careful with our words, as they're a powerful weapon.
Show More Comments
Flip Settings
memes
gifs
other

Caption this Meme
Created with the Imgflip Meme Generator
IMAGE DESCRIPTION:
YOU GET OFFENDED BY WORDS NOT BECAUSE THEY ARE OFFENSIVE BY NATURE; BUT BECAUSE YOU CHOOSE TO BE OFFENDED BY THEM
hotkeys: D = random, W = upvote, S = downvote, A = back
Feedback
<![endif]-->