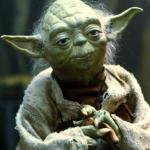 Caption this Meme
Add Meme
Post Comment
Best first
Best first
Latest first
Oldest first
13 Comments
reply
Kate_the_Grate M
1 up, 9m
Thanks for posting and following this stream!
reply
UniformVictor M
0 ups, 9m,
1 reply
Interesting. My understanding is that the Deuterocanons were not seen as inspired untll the Council of Trent, in response to the Reformers.

They've done away with corrupt practices but largely kept the same teachings, which includes intercession to the Angels and the Saints. Both supported by the Deuterocanons, which is why the Vatican declared it to be inspired.

Could you show me that such books were indeed believed to be inspired by both the Jews and the early Christians?
reply
John-MichaelMustchin1
2 ups, 9m,
1 reply
Actually, neither of those teachings - intercession to angels or saints - are supported by the deuterocanon (that I've noticed, anyway, when I've read them). Here's a good article on the subject (the author of which is open to discussion):
https://jmshistorycorner.wordpress.com/2018/06/26/the-canon-of-scripture-part-1-the-apocrypha/
The claim that they weren't accepted until the Council of Trent is a surprisingly common myth - all the more surprising since they were included in the Septuagint and Dead Sea Scrolls, both of which date to the 3rd century BC. In fact, the earliest canon in history to exclude the deuterocanon/apocrypha was the Masoretic Text, which wasn't compiled until the 7th-11th centuries AD. They were also accepted by the vast majority of the early church fathers (only a couple or so dissented).
reply
UniformVictor M
2 ups, 9m,
1 reply
Hi John, thank you for the article. I also thaink you for not just tossing me something to read, as if letting the authors debate me for you. That happened to me a number of times.

It will take me long to get back with you as I must check scriptures to see if the writers of the NT did quote the Apocrypha; and not only quote it but used it as inspired scripture.

It is one thing to quote the Apocrypha as a historical, literary, and poetical references, but it's quite another to treat them as God's word.
reply
John-MichaelMustchin1
1 up, 8m,
1 reply
Some of the NT allusions to the Apocrypha could be from other Biblical books; others - particularly the allusions to Sirach - seem to definitely bee Apocryphal references.
However, my own (and most others) belief in the Apocrypha is not hinged on its being quoted by the NT; it's more a response to the claim that the Apocrypha can't be Scripture because the NT doesn't elude to it - even though the NT doesn't quote from the books of Esther, Ezra, Ecclesiastes, Song of Songs, Lamentations, Obadiah, and Zephaniah. Not being quoted by the NT is a poor argument for being rejected, but at the same time, anti-Apocrypha apologists will also acknowledge (when presented with the Book of Enoch and the Greek poets Paul quoted from) that being quoted from/mentioned in the NT doesn't prove divine inspiration. (Or, to simplify: people'll say that the Apocrypha can't be Scripture because they're not directly quoted by the NT, and then turn around and point out (rightly) that being quoted by the NT isn't an automatic stamp of approval; hypocrisy, basically.)
reply
UniformVictor M
0 ups, 8m,
1 reply
Understood, but for me. it is the only way to verify whether it is treated as inspired text or not. If Jesus or an Apostle used a particular text from the Deuterocanon, and used it as law, then that opens the door of credibility to the rest of texts in question.

When it comes to discriminating texts, the biggest reason to reject one over the other, is in terms of contradicition, This is why some books are accepted and others to be called, Pseudographia = False texts or scripture.

There's a reason why 3 & 4th Maccabees, the Gospel of Thomas, and others were not considered canon by both the Vatican and Protestants. Either they include wildly sensational stories such the child Jesus wiping out an entire town in, I believe, the Gospel of Peter, or includes mysogynistic doctriine as found at the end of the Gospel of Thomas.

Now the Rabbis rejected the Apocrypha from the Masoretic texts. If the Deuterocanons were indeed inspired scripture... why didn't Jesus rebuke them?

To be fair, the Masoretic text only included 24 books so obviously we shouldn't follow their example most strictly, yet they nevertheless rejected them
reply
John-MichaelMustchin1
1 up, 8m,
1 reply
Fair enough. The canon IS a subject to be cautious about.
The canon of the Masoretic Text - and hence the modern Rabbinical canon - became finalised sometime between Jesus' death and resurrection and, of course, the beginning of its' compiling. As evidenced by the Dead Sea Scrolls, Peshitta and Septuagint - and the Talmud (which quotes Sirach as "Scripture", as does some other ancient Jewish literature) - those who rejected the Apocrypha were probably (emphasis on "probably") a minority. Notably, the Sadducees only accepted the 5 Books of Moses, yet when debating with them, Jesus never rebuked them for their canon; if He wasn't going to rebuke someone for rejecting almost all of the OT, why bother with a group that rejected maybe a quarter (and that's assuming that the Pharisaical canon was identical to the Rabbinic one - which is far from certain).
3 & 4 Maccabees are notably accepted by the Eastern Orthodox churches, and are to be found in the Septuagint and Peshitta. I've never noticed anything particularly wildly sensational or misogynistic.
(Note: I absolutely reject the Gospel of Thomas and pretty much all the NT Apocrypha.)
Also, until the late 1st/early 2nd century AD, neither the Jews nor Christians had any concept that the canon had closed (not counting the Sadducees, of course).
I find it interesting that while mainstream Rabbinic Judaism rejected the Apocrypha, the Ethiopian Jews - known as Beta Israel, the oldest currently-existing sect in the world - continue to accept them.
reply
UniformVictor M
0 ups, 8m,
2 replies
I don't quite see the inclusion of the Apocypha into the Dead Sea Scrolls as credible evidence of inspiration as it also includes Pseudographic texts as well. I'm not familiar with the Peshitta, but with the Septuagint would be more credible.

However, it is also my understanding that the Apocrypha were seen and valued mainly as literature and historical record, rather than part of scripture. Why then was it part of the Greek OT? That is good question, but while it offers more credibility, one must bear in mind the propensity for the Jews to be influenced by the Pagans around them.

Indicators for this is that within the Septuagint are the 3rd Maccabees, 3rd and 4th Kings, and Bel and the Dragon; none of which are part of the Catholic Deuterocanon.

On the ending of the Gospel of Thomas, are you sure that isn't mysogynistic?

(1) Simon Peter said to them: “Let Mary go away from us, for women are not worthy of life.”
(2) Jesus said: “Look, I will draw her in so as to make her male, so that she too may become a living male spirit, similar to you.”
(3) (But I say to you): “Every woman who makes herself male will enter the kingdom of heaven.”
reply
John-MichaelMustchin1
1 up, 8m,
1 reply
I wholeheartedly agree that the ending to the Gospel of Thomas is misogynistic; I was talking about 3 & 4 Maccabees.
reply
UniformVictor M
0 ups, 8m,
1 reply
I see now, my mistake. On the OT used by the Beta Israelis, you've said that they have the Apocrypha; can you show or give me an online link so that I can see it for myself?
reply
John-MichaelMustchin1
1 up, 8m,
1 reply
https://en.wikipedia.org/wiki/Beta_Israel#Texts
UniformVictor M
1 up, 8m
Based on your link, some of those books in their bible included ones the Catholic church doesn't recognize as inspired such as 2-4 Baruch, Acts of Sussana, and the testaments of Abraham, Isaac, and Jacob.
reply
UniformVictor M
1 up, 8m
I'm sorry, my mistake: 3rd and 4th Kings is actually 1st and 2nd King in our bibles while 1st and 2nd Kings were actually 1st and 2nd Samuel on that site.

WIth that, the 4th Maccabees is in the Septuagint.
Show More Comments
Flip Settings
memes
gifs
other

Caption this Meme
Created with the Imgflip Meme Generator
IMAGE DESCRIPTION:
WHEN SOMEONE CLAIMS THAT THE EARLY CHRISTIANS AND JEWS NEVER ACCEPTED THE DEUTEROCANON; "MUCH TO LEARN, YOU HAVE"
hotkeys: D = random, W = upvote, S = downvote, A = back
Feedback
<![endif]-->