Tomorrow is the last day! Me and the boys week! A CravenMoordik and Nixie.Knox event! (Aug. 19-25) 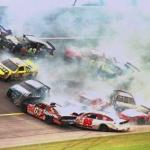 I forgot about me and the boys week, sorry!! I don't know about it being a publicity stunt for more points. This is the first I have heard anyone say that. But I guess you could gain points because you will be doing a lot of commenting on theme week memes. Though I did comment on a whole lot of memes where the person did not up vote me. I also upvoted Craven's comments o all the theme week memes, but I don't think he did mine. No big deal, just speaking in relation to the point question.So you know. It really depends. Some folks never up vote comments on their memes, others do. If your theme turns out to be a big hit you will likely gain as well. You never know what will take off and what will not.
[deleted]
3 ups, 2y,
1 reply
Nixie.Knox
2 ups, 2y,
1 reply
No, I do not. But thank you.
MrRedRobert77
2 ups, 2y
imgflip.com/i/38uw5o
CravenMoordik
2 ups, 2y
SuperMario69Kraft
1 up, 2y,
1 reply
Both advertisements were great! Also, I didn’t mean publicity stunt in a bad way.
Nixie.Knox
2 ups, 2y
I know you didn't. I was just offering my thoughts. I will say, if someone is attempting a certain point goal it certainly couldn't hurt.
SuperMario69Kraft
1 up, 2y,
1 reply
How far in advance should I make it?
Nixie.Knox
1 up, 2y
Let's see. Maybe give it a week after the current theme ends. Then start putting it out there maybe 3 days in advance.
memegod77
1 up, 2y
so true DO IT FOR DALE
CravenMoordik
1 up, 2y
Show More Comments
Flip Settings

Caption this Meme
Created with the Imgflip Meme Generator
IMAGE DESCRIPTION:
ME AND THE BOYS; IN THE HOME STRETCH
hotkeys: D = random, W = upvote, S = downvote, A = back
Feedback