VagabondSouffle taught me how to make see through captions. 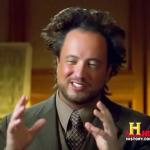 You have to uncheck the Font Shadow box but specify an outline value.
reply
AndrewFinlayson M
2 ups, 4m
Here are the color values I used (one of them is partially hidden in the image) reply
[deleted]
2 ups, 1y,
1 reply
Will Imgflip have an update that allows you to add friends and block people? I actually think it quite a good idea. Just thought I’d take it up with you though
reply
AndrewFinlayson M
3 ups, 1y,
1 reply
That update is probably possible.

I've been on Imgflip a while, I've seen both those ideas suggested in one way or another numerous times.

I'm not sure if and or when it would happen though.