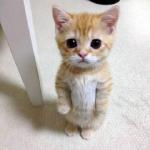 Amen! I'd help if the wall was built only around Trump & family,including his collaborationists!He wants to be President for Life? Fine. Under one condition;The only people who he gets to govern are those who actually VOTED for him! Trump & his Trumpites can go off into the sunset together, leaving the rest of us in peace!
We will wall off Washington DC,christen it TrumpLandia, & let all those MAGA hat wearers live exactly as they claim they want to.
They will kill each other because each will decide that he or she is too special to pay taxes,clean up their own messes,plant & harvest their own crops-& all the brown people they made do their dirty work will be mighty scarce there-so they wil be up the proverbial creek. If & when they try to farm their pink piggy skins ????will bake like potatoes under Sol's fierce glare,& soon succumb to heat prostation.??????
Show More Comments
Flip Settings

Caption this Meme
Created with the Imgflip Meme Generator
IMAGE DESCRIPTION:
SO TRUMP WANTS TO START A GOFUNDME TO BUILD A WALL; HE NEED TO GOFUNDME A BRAIN IF HE WANTS ME TO HELP
hotkeys: D = random, W = upvote, S = downvote, A = back
Feedback
<![endif]-->