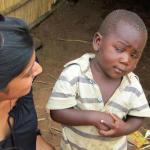 Caption this Meme
Best first
Latest first
Oldest first
13 Comments
synthetic-Mantis
1 up, 4y,
2 replies
shuddup libtard ur stupid u like alexandria ocasio-cortez and she has a stupid face so your opinion is invalid
[deleted]
0 ups, 4y
Toasted
jeef-beef
0 ups, 4y,
1 reply
Please stop making republicans look bad
synthetic-Mantis
2 ups, 4y
if i did, it wouldn't mean anything. imgflip gets my job done better than i do
daghartez
2 ups, 4y jeef-beef
0 ups, 4y,
1 reply
We never said a sign on a bathroom door will stop a pedophile, but if rules were enforced by people that actually give a f**k, pedophilia would be a lot less common

And, there is a such thing as a "dark web" and a "black market" where crooks can operate right under the government's nose and there isn't much they can do since the crooks' IP address is hidden or changed when they go on the dark web.

where'd you hear that from?
jeef-beef
0 ups, 4y,
1 reply
I didn't have to hear it. I've been in 100s of different churches everywhere. Where is your evidence supporting your claim?
synthetic-Mantis
0 ups, 4y,
1 reply
https://en.wikipedia.org/wiki/Catholic_Church_sexual_abuse_cases

https://www.independent.co.uk/news/world/americas/child-sex-abuse-victims-predator-priests-pennsylvania-grand-jury-report-a8491941.html
jeef-beef
0 ups, 4y
Who's to say that all news is true news? Im not gonna sit here and say that there aren't some sick bastards who just so happen to be in the Catholic churches (or any churches) who have earned a bad reputation for all churches, but it's just like I said about guns, you can't judge all of them for the actions of a few. That's stereotyping, which the liberals claim to be against. You know, up until it's something the republicans like.

And why aren't we mentioning churches of other religions. Like the ones in the Middle East that teach people it's okay to blow someone innocent up for no apparent reason. I wouldn't put it past some of those sickos to rape a child. Why is the Christian church targeted?
Show More Comments
Flip Settings

Caption this Meme
Created with the Imgflip Meme Generator
IMAGE DESCRIPTION:
SO GUN CONTROL LAWS WON'T STOP MASS SHOOTERS.... BUT A SIGN ON A BATHROOM DOOR IS GOING TO STOP A PEDOPHILE?
hotkeys: D = random, W = upvote, S = downvote, A = back
Feedback