Have I Read Any of Your Work? 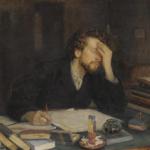 :(
reply
LadyDeerHeart
2 ups, 2y
Congratulations! Pretty sure you're not a real writer unless you get a drawer full of rejection letters. Good for you!
reply
[deleted]
4 ups, 2y Bwahahahahahahahahahahahahahah
reply
DashHopes
3 ups, 2y,
1 reply
Serious? No! But I do write scripts for plays.
reply
LadyDeerHeart
2 ups, 2y,
1 reply
That's serious writing. Scripts, I've heard, are difficult to write. I'm jealous.
reply
DashHopes
1 up, 2y
The craziest I ever did was to write a mini kids play the night before we were to perform, We did a dress rehearsal and found it was around 20 minutes too short ( We had around 4 short plays going) so my friend and I wrote it that night to add a fifth and performed it the next day lol
reply
neilahogan
1 up, 2y,
1 reply Not that serious yet. Still doing a lot of self-publishing. Much like my memes.
reply
LadyDeerHeart
1 up, 2y,
1 reply
Wicked cool! Sounds kind of serious if you're publihing. Even if you're self publishing. You have more courage than you think. Most don't even do that. I know I don't....yet.
reply
neilahogan
1 up, 2y,
1 reply
Many thanks! Dutch courage mostly. A glass of something before I hit the publish button! Next year I'm going to take a step into the unknown and start sending my stuff to editors for consideration.

If you haven't published yet, I recommend starting out with publishing some of your work on Amazon in ebook format to get a feel for the industry. Even if you don't sell anything straight away, getting that one ebook out there is a huge confidence booster.

There are also supportive writing communities connected to Amazon, Smashwords and other ebook publishers. Knowing what happens behind the scenes makes it a lot easier to put something out there.

Hope this helps. Wishing you all the best with your writing.
reply
LadyDeerHeart
1 up, 2y,
1 reply
Oh, I know the trials and tribulations wordsmith have. Many of my friends self publish on Amazon. It is an amazing new world for writers. All we had before the internet was magazines and publishers. Now the sky is the limit! Do you blog too?
reply
neilahogan
1 up, 2y
On and off for the past 20 years. Tried a number of different subjects but have only ever earned a $1 here and there, so not giving up my day job yet. LOL.
Show More Comments
Flip Settings
memes
gifs
other