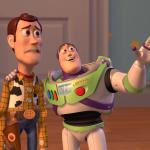 Caption this Meme
Add Meme
Post Comment
Best first
Best first
Latest first
Oldest first
13 Comments
reply
caspertheconfused
3 ups, 2y
How about a world where people don't breed when they don't have the means to support themselves and then expect handouts from those of us who make responsible decisions?
reply
Abby_Normal
2 ups, 2y,
1 reply So, you're saying that your parents went to college and STILL worked minimum wage jobs? They must have been a special kind of stupid.

My father worked as a kid, as did his parents. It's called FARMING and being independent and not waiting for your next government handout.

"Minimum Wage" was never designed to give you all of the luxuries of life. You need to improve yourself in order to earn those.

I joined the Marine Corps at 18. Made waaay LESS THAN minimum wage. On the plus side, I got a ton of experience so I could get a great job when I retired and I also got college paid for and got an EVEN BETTER JOB. And guess what, I get $2,000 every month just for maintaining my presence on the sunny side of the dirt!

Caption this Meme
Created with the Imgflip Meme Generator
IMAGE DESCRIPTION:
STAY WITH ME, WOODY. IMAGINE A WORLD WHERE ALL CHILDREN HAVE FOOD, CLOTHING, QUALITY HEALTHCARE, AND EDUCATION.
hotkeys: D = random, W = upvote, S = downvote, A = back
Feedback
<![endif]-->