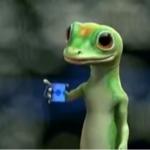 reply
woody518
0 ups, 11m
Even funnier how the Republicans now do not.
reply
woody518
1 up, 2y,
2 replies
More amazing is how suddenly Republicans become so cool with the debt and deficit spending. Some of these clown flipped just this week. I guess its cool as long as the funds to be spent don't go to helping any poor people.
reply
MnMinPhx
5 ups, 2y,
1 reply
The new tax law will have a projected $1.4 trillion increase over 10 Years. While the national debt had a $8 trillion increase during the first 7 years of the Obama administration. And how doesn’t this tax cut not help any poor people?
reply
woody518
1 up, 2y,
1 reply
That's right. Because within his first month in office Obama had to sign a nearly $1TN package to rescue the economy from the abyss created under the previous Republican administration and Congress. That combined with the fact that that combined with 9 million people losing their jobs as a result and therefore no longer paying into the system and generating revenues while also drawing unemployment and medical benefits also adds to that to the debt, none of which were on the Democrats. Aslo take into account that while this was going on, we were still fighting two full scale wars in Iraq and Afghanistan which had to be paid for while we had no revenues coming in. I would also mention that the Republicans have controlled the House of Representatives since 2010 and the House are the ones who control government. Its called the power of the purse and it was in Republican hands for 6 out of the 8 years Obama was in office. The tax law itself doesn't directly hurt poor people and that's not what I said. I said that Republicans love to preach about the debt and the deficit when there is a Democrat in office trying to advance policies that help people on the low to middle end of the social construct but when it benefits billionaires and corporations they are fine with it. The way in which this law is going to hurt poor and middle class people is not within the law itself but in what will have to come afterwards to make it work. There will have to be massive reductions in social programs to make their numbers work and the Republicans are admitting to this. Medicare, Medicaid, SNAP, CHIP, and probably even SS are going to be cut dramatically in order to make their math work. Even if we get to 4% GDP growth, (which we won't) this bill will still add $1.0 Trillion to the DEFICIT over 10 years. Cuts will be made and they will be made where they always are. On the backs of the people who can least afford them.
reply
MnMinPhx
1 up, 2y
Democrats had a majority in both houses of Congress when the economy crashed. The “abyss” had as much or more to do with Democrat policies as with Republican.
The two wars were only “full scale” during the Bush administration. They had alrady started winding down long before Obama took office. And yet the increase to the national debt during the Bush administration was a fraction of what it increased under Obama. This is signficant since the US had record revenue under Obama.
Yes, Obama inherited a recession but he did nothing to help us get out of it. Even with control of both houses of Congress, the Democrats did very little to counter it. They seem to think the government creates jobs. While it can influence where jobs are created through taxes, it’s those “greedy” corporations are the job creators. The Democrats want to keep as many people as possible dependent on government help so they can use it to stay in power. While Republicans, at least historically, try to help the poor by providing more opportunities to get out from under the burden of government welfare. Policies that help people become self sustaining are what really helps the poor. Not the nanny state policies of the liberals and socialists.
More people working and less people drawing government handouts is now funds to be spent will help the poor. But I guess that makes it harder to win elections so the Democrats will keep pushing dependency instead of self sufficiency.
reply
Dembears2
0 ups, 2y
FUNNY JOKE!
Show More Comments
Flip Settings