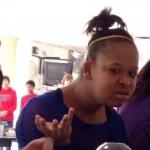 Caption this Meme
Best first
Latest first
Oldest first
10 Comments
PANZOZO
2 ups, 5y
Hehehe
[deleted]
2 ups, 5y,
1 reply
Modda
2 ups, 5y,
2 replies
Exactly.
What is the OP thinking? Ew.
[deleted]
2 ups, 5y,
1 reply
Modda
1 up, 5y,
1 reply
Initially I thought the same thing, a tad zany with a whole lot to say. Cool.
But then later some comments made me wonder if I read it wrong, or did he just take a little swipe at me?
Then I saw him going at TheMemingOfLife, both of them in a tiff at one thread, and saw it wasn't just me. I also noticed him going at a lot of memes that go under the radar, from newbs and not well knowns, and it seemed rather rude. To remark on an offensive ignorant stance is one thing, but to poke at someone for not being the sharpest in wit and whatnot isn't funny if they're not getting in your face about it.

So I went back to a meme comment where he was being snide to me, a Star Trek TNG one, and responded in a manner that I got it (I had previously, but took that as assumed and said something else in response). He got all giddy that someone got his meme, but I got all pissy that he figured I didn't. So it was flame war time.

Caption this Meme
Created with the Imgflip Meme Generator
IMAGE DESCRIPTION:
YOU SHAVE... BEFORE YOU SHOWER?
hotkeys: D = random, W = upvote, S = downvote, A = back
Feedback