When PC is used against the ones demanding PC 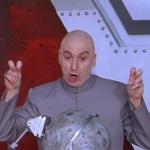 reply
tomborden
1 up, 3y,
1 reply
You just made my point
reply
HisGrace
0 ups, 3y,
1 reply
Complaining about PC used to be complaining about FALSE accusations of racism, not defending actual racism. Your "point" as far as I can see is that racism isn't really that bad (just being "racially biased") which has nothing to do with PC since plenty of people didn't like racism in the 40's/50's/60's before the modern concept of PC existed.

Projected reply from tomborden- "Thank you, you just made my point" while not articulating what your point is or what about my comment made it.
reply
tomborden
1 up, 3y,
1 reply
The point being that even in a PC world there will always be someone who is offended by what you say no matter how much you try to sugar coat the words. And in true troll fashion, this site was not too short on quick responses to support that notion.
reply
HisGrace
0 ups, 3y,
1 reply
I've heard very few people suggest that no one is allowed to say anything that offends anyone, anywhere. I don't really see the application of your "point", are you suggesting that people shouldn't be bothered by racial slurs/discrimination because people are also bothered by defenses of racism? That line of logic doesn't really follow.

I used to be big on the "anti-PC" bandwagon, but I think these days the cure has become worse than the disease. People criticize political correctness as an excuse to avoid talking about serious issues. The anti-PC crowd is just as focused on how people talk as the hardcore PC people you find on tumblr, only they want people to be politically incorrect rather than politically correct, hence Trump's appeal despite him not having formulated policy positions on all but a couple issues during the campaign. I get that memes are supposed to be jokes, but it sort of plays into that. If you think racism is no big deal, fine, deal with the issue head on and make an argument for why it's no big deal. Don't just make snarky comments about people who "demand PC".
reply
tomborden
1 up, 3y
Precisely agree. PC is pointless as this post shows. If people are going to be offended no matter what why not just say exactly what we mean and remove all doubt as to what is being said.
reply
METHAMPHETAMEME
0 ups, 3y,
1 reply
reply
tomborden
1 up, 3y,
1 reply
Racism has not died because people won't let it. Thanks for being another person to make my point.
reply
METHAMPHETAMEME
0 ups, 3y,
1 reply
its a joke retard
reply
tomborden
1 up, 3y,
1 reply
Didn't say it wasn't. I was thanking you for helping make my point. You just made it a second time....so thank you again.
reply
METHAMPHETAMEME
0 ups, 3y,
1 reply
well, look who won the pony. butthurt much?
reply
tomborden
2 ups, 3y
That's just it. I'm not at all. But thanks for continuing to make my point that even in a PC world there will always be someone who is offended by what you say no matter how much you try to sugar coat the words.
Show More Comments
Flip Settings
memes
gifs
other

Caption this Meme
Created with the Imgflip Meme Generator
IMAGE DESCRIPTION:
WE NOW LIVE IN A PC WORLD. YOU CAN NO LONGER CALL ME RACIST. I PREFER THE TERM; "RACIALLY BIASED"
hotkeys: D = random, W = upvote, S = downvote, A = back
Feedback
<![endif]-->