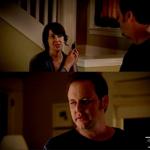 But she does know the deadline.
reply
memePally
0 ups, 3y reply
[deleted]
2 ups, 3y
reply
memePally
2 ups, 3y
Dude that's tight as hell! I blew an interview getting into an argument with a manager trying to correct me how agile vs waterfall worked, and sprints and crap, when he tried to ask me how I would "explain it to a new person that had no idea what any of it was."

You just nailed it! That was epic as hell. I basically explained waterfall, because no new person that has no idea your business, processes, or what's going on on the first day is going to understand sprints, LOL! He just kept getting triggered over and over again.
Show More Comments
Flip Settings
memes
gifs
other

Caption this Meme
Created with the Imgflip Meme Generator
IMAGE DESCRIPTION:
THEY WANT TO KNOW WHEN THE CHICKENS GOING TO CROSS THE ROAD... THE CHICKEN IS JUST NOT GOING TO BE ABLE TO CROSS THE ROAD THIS MONTH. CROSSING REQUIREMENTS WERE DUE LAST FRIDAY. SHE WILL HAVE TO TAKE HER PLACE ON THE BACKLOG. MAYBE THE CHICKEN CAN CROSS THE ROAD IN SPRINT 9.
hotkeys: D = random, W = upvote, S = downvote, A = back
Feedback
<![endif]-->