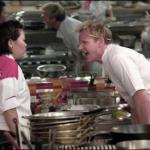 No. No she doesn't. Tasteless? More than classic Vegas threads.
DerUbersau
1 up, 5y [deleted]
3 ups, 5y
That-Random-Banana
3 ups, 5y
Nice one :)
tipsy_taylor
3 ups, 5y
KenJ
3 ups, 5y,
2 replies
Has this ever happened before? Someone's first produced meme all the way to #1? You may be a groundbreaker here.
MistyDay1
4 ups, 5y,
1 reply
Thanks! :-) I've been making them on here for work for years. Finally decided to post one.
KenJ
2 ups, 5y,
1 reply
Duuuude. You need to post more often. It definitely shows the practice.It's an addiction, but don't worry, he rest of us will keep you in line. ;)
MistyDay1
2 ups, 5y,
1 reply
Thanks! ???? I feel very welcomed!
KenJ
1 up, 5y
PraytheReyAway
3 ups, 5y,
1 reply
It's happened a few times that I remember.
KenJ
3 ups, 5y,
1 reply
You have the encyclopedic memory. So...is it me or is there a generational change going on at imgflip? Seems lots of people are ditching out or taking sabbaticals. Lots of new people up on the front pages, minus as many comments. While usually I'd cheer that as new blood, it now seems more like a praetorian guard switch-out.
PraytheReyAway
2 ups, 5y,
1 reply
I don't have an encyclopedic memory. I just got in the habit of scrolling through all the Latest pages on imgflip when I was trying to keep track of the Kermit vs Connery memes.

I'm not sure exactly what kind of answer you're looking for (e.g. what measuring standard you would use) but personally, I haven't seen anything to indicate that there's any kind of generational change / praetorian guard switch-out. I think that's just a case of people trying to make patterns out of things, and perhaps the natural human tendency to think "our time" is the most important time. There are always people leaving and always new people coming, just like on any site. To be honest, I haven't even seen that many people leaving. At least, not any more users seem to be leaving than any other time while I've been on the site.

However, what I have noticed is that in the past several months or so there has been a noticeable increase of new users being added, and the amount of activity on the site overall.

But who knows? I see a lot of stuff on the site (more than an average user does, maybe), but I don't see everything.
KenJ
2 ups, 5y,
3 replies
You're not omniscient? ;)

I do see more new people, which I believe is generally a good thing. I just notice a lot of names I got used to seeing in my 14 or so months on-site have disappeared or go on 'vacation', and I've heard some of those complain about the large number of committed partisans who seem to dominate some streams on the flip. I should know; I started out as a political memer and was guilty of provoking those on the opposing side from my beliefs. Then I just got tired of it when I could find maybe 1 out of 10 of those who were on that side who would actually give me a debate as opposed to flinging insults and threatening to downvote everything I made, political or not. I found out I was happier with the 'nice' people in the funny memes and was better at that so now I only engage politically when I think I can get an actual reasoned argument (which still doesn't mean I will). Long story short, I have heard murmurings of discontent among the regulars. Certainly doesn't mean these 'regulars' should be favored, and most newbies seem content to be funny, but that's what made me use the idea of a changing of the guard.

Someone I'm in contact outside of imgflip told me she was deleting (again) for reasons partly having to do with a herd mentality prevalent lately, and I could see a bit of what she meant. I'm not going anywhere - I enjoy it too much and have a thick skin - but I'm seeing at least a smidgen of change around. Of course a year or so ago I was probably part of a change so all this might be much ado about nothing.
MistyDay1
3 ups, 5y,
1 reply
KenJ
1 up, 5y
PraytheReyAway
2 ups, 5y,
1 reply
KenJ
2 ups, 5y
BlackATTACK
2 ups, 5y,
1 reply
No, you're quite right about some dissension present on imgflip; it's really not just me who saw questionable things going on. I readily admit that I post political memes occasionally, but just like you, I'm willing to debate or discuss if a disagreeing person is capable of it. (Sadly....)

Caption this Meme
Created with the Imgflip Meme Generator
IMAGE DESCRIPTION:
THIS CHILI IS SO TASTELESS; MILEY CYRUS WANTS TO WEAR IT!
hotkeys: D = random, W = upvote, S = downvote, A = back
Feedback