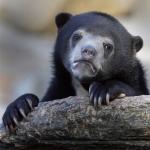 I sometimes wonder if that wasn't the strategy... Mess up healthcare, get Hillary elected, and she can bring in her universal healthcare plan as the "fix".

I truly wish Condoleezza Rice, Bush 43's Secretary of State, had run for president against Obama. She was AWESOME! But she didn't want the stress that goes with the job.

Technically, my mom's car, but she had a stroke a year ago and can't drive it.
mrdangermemecreator
1 up, 5y
Chrysler, huh? I have a SAAB 9-3. And I'm sorry to hear that your mom had a stroke.
MamaTriedRob
1 up, 5y,
1 reply
It sounds like you're still in school. I'm a 41-year-old man. I was in love with my best friend all through high school. She knew, but I kept my head and didn't ruin the friendship.

The thing is, one day our senior year, she'd had a very loud, very public argument/break-up with her then boyfriend. At lunch, she told me this was my one chance to go out with her. I turned her down, because I was certain her idiot boyfriend would come to his senses and come crawling back (and I was right). I figured it was better to have her in my life as my friend than to risk losing her entirely. She's still my best friend to this day, married with 4 kids.

But I still regret that decision.

You know what's right for you, but I'm willing to bet it wouldn't ruin your friendship just letting this person know how you feel. Taking the relationship further than friendship might - MIGHT - end up causing you to go your separate ways eventually, but staying friends GUARANTEES it.
mrdangermemecreator
1 up, 5y,
1 reply
Wow, thanks, man. There is one issue that makes my situation a whole different ball game to yours - me and the person I like are both dudes.
MamaTriedRob
1 up, 5y,
1 reply
A different "ball" game, indeed!

I had a hunch that might be the situation. Rarely does a guy have a really good friend-who-is-a-girl that she doesn't know he likes her.

Back in my day (God, I swore I would NEVER use that phrase), it was only just becoming socially acceptable to be gay. I'm a little out of my league, here. I mean, it's my understanding that it's a lot more the norm these days, but I have trouble imagining the school environment has actually improved THAT much.

I guess you're out, based on the first part of your meme. If it's no secret to this guy, and if he truly is a friend, your friendship would probably survive the confession. What will happen depends on him... If he's gay, you'll either start something or get friendzoned. If he's not gay, you'll definitely get friendzoned.

If he doesn't know you're gay, then I'd say coming out to him is the first step. I got nothing for advice on that other than to say there are resources to help you with that. At that point, the last paragraph comes into play.

BUT, in spite of all that, you'd be surprised just how little life in school actually matters afterward. Think about it... High school lasts 4 years; I've been out of school for *GASP!* 22 1/2 years... Worst case scenario, you're miserable for a couple years, and then you're not. And years aren't as long as you think they are.

I've developed a bad habit of mixing metaphors, though... LOL

Hedge your bets, but don't be afraid to ante up. Keep getting to know the fellow, watching for anything that raises a red flag, but don't be afraid to take a chance when the time is right.
mrdangermemecreator
1 up, 5y,
1 reply
I've been getting to know the guy for 2.5 years now and although I'm gonna have a hard time getting over it, I know that if I don't ask the guy out, he would never really know how I feel about him but if he says no, I'm gonna have to move on and get past that obstacle. I'm not particularly bothered about sex, just having someone to talk to, someone that really cares - someone to hug in the good times and the bad - that's what I look for and that's all I really care about. I'm not gonna force myself into a relationship that I know will not last - it's like going into a gunfight with a Glock and everyone else has got AR-15s... you're not gonna last long at all.

Maybe you're right - maybe I should raise the stakes a bit and tell him how I feel about him in a way that doesn't make him uncomfortable. I do have a plan of asking him out, but that'll come in its due course.

Caption this Meme
Created with the Imgflip Meme Generator
IMAGE DESCRIPTION:
I TOLD MY FRIENDS I LIKE SOMEONE; BUT I DON'T WANNA TELL THEM BECAUSE IT WILL PROBABLY RUIN THE FRIENDSHIP
hotkeys: D = random, W = upvote, S = downvote, A = back
Feedback