It took eight years to figure this out? 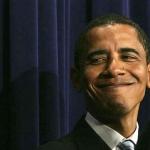 reply
ChampJ
3 ups, 4y
reply
DashHopes
3 ups, 4y,
1 reply
reply
TodaysReality
8 ups, 4y,
2 replies
reply
DashHopes
4 ups, 4y,
1 reply
reply
[deleted]
2 ups, 4y,
1 reply
reply
renegade_sith
2 ups, 4y
reply
DrSarcasm
1 up, 4y
Yep
reply
ChampJ
2 ups, 4y,
1 reply
reply
[deleted]
4 ups, 4y,
1 reply
reply
ChampJ
1 up, 4y
His real father is actually an Indonesian king.
reply
[deleted]
3 ups, 4y,
1 reply
Kinda like Trump and the majority if his voters.
reply
bryantwasw
2 ups, 4y
Preach!
reply
PizzaScience
1 up, 4y
reply
bryantwasw
1 up, 4y,
1 reply
What is "our side"? President Obama was elected by "US" 2 times. What has he done that is un American? Grant China permanent MFN status. Nope. Bush. Stroll through the rose garden holding hands with Saudi king weeks after 911? Nope. Bush. Crash our economy with tax cuts for the rich while starting 2 wars? Nope. Apologize to the Chicoms after they crashed one of our spy planes over international waters and held the flight crew for 2 weeks? Nope. Take away our guns? Nope. Expand drone strikes against terrorists? Yup. Order the up close and personal death of OBL? Yup. Create 15 million new jobs? Yup. Cut the deficit by 2/3? Yup. Bring unemployment under 5%? Yup. Allow Pakistan and North Korea to produce nuclear weapons during his watch? Nope. Bush. Tolerate endless racist attacks and obstruction with grace and dignity? Yup. This could go on and on. The man has been a good president and has done a good job especially considering the right's attempt to sabotage him at every turn. Americans will miss him in the coming months and years. Bet.
reply
renegade_sith
5 ups, 4y,
1 reply
Wow, that's a whole lot of propaganda. Obama is a piece of shit just like Bush.

He has helped to sell us out to multiple foreign governments. There's multiple pics of him bowing to Saudi Kings and hanging out with them so that point was stupid.

His actions are responsible for ISIS and the Syrian conflict.

He raised the national debt by 12 trillion dollars.

He lied to the American public about Obamacare being free, being able to keep your doctor and there being a penalty and made obamacare mandatory.

He hasn't spoken out against BLM's racist attacks and rioting, nor has he stood up for police who are being targeted from race baiting propaganda.

Supported the TPP which is even worse than NAFTA and would have continued to take away American jobs and created trade deals that screw us.

The only people who will miss him are the globalists, communist Chinese and Saudi Arabia.
reply
bryantwasw
0 ups, 4y,
1 reply
Sir, you are entitled to your own opinion, but not your own facts. Obama's actions did NOT lead to ISIS, invading Iraq did that. Just a fact. Saddam in charge = no ISIS. I do appreciate you not backing Bush. Kudos. Obama NEVER said Obamacare would be free. Remember the whole website debacle and exchanges to purchase insurance. Does not sound free. Obamacare was always meant to be mandatory or pay a fine. Nothing hidden there. The keeping your doctor.. unfortunate that insurance providers chose to stop offering some policies that resulted in that. That should have been foreseeable and Obama deserves the ding for that caveat. BLM is complicated.. but I don't support rioting. Cheers!
reply
renegade_sith
4 ups, 4y,
1 reply
Bush was wrong to start the Iraq war, but once we were there for years and developed a presence, it was equally wrong to pull out in the fashion they did leaving behind billions of dollars worth of military tech.

Jonathan Gruber bragged about lying about Obamacare and said they relied on the "stupidity of the American people to get the ACA passed". They didn't advertise the parts about it being a mandate or there being a penalty which is just as bad as lying whether they did or didn't. Not to mention it's a disaster. It was sold as something that would be affordable and accessible. Instead premiums skyrocketed and level of care went down. And people that can't afford insurance are getting fined a thousand dollars. That's ridiculous and unconstitutional. It was supposed to help poor people, not make them more poor, and if it wasn't for Trump repealing it, the fine amount would've continued to go up.
reply
bryantwasw
0 ups, 4y,
1 reply
I agree with you on Iraq.. also note that Bush signed the orders with a date to leave Iraq before he left in a status of forces agreement.. given the circumstance, I see why he did it. Iraqis were wanting to try US military for crimes. Plain and simple, we should have single payer universal healthcare for everybody. Corporate greed will continue to destroy lives when it comes to healthcare. And yes, I have lived for years in a country with universal healthcare and it was great. Honestly. I thought the ACA was a half measure and would have problems. It is not great, but, it has some good results. The supreme court disagrees with you that the ACA is unconstitutional. Which is legal opinion and yours is still valid. I disagree with citizens united and think it is a joke.. the SCOTUS thinks differently. Oooh I lived in Japan for many years. Cheers sir.
reply
renegade_sith
2 ups, 4y,
1 reply
I'm not saying that health insurance was great before but I believe Obamacare took things in the wrong direction. There was also a foreign agenda behind the ACA. Right now the insurance companies are completely taking advantage of Americans. I like Trump's plan on healthcare reform. Competition is what drives prices down and right now there isn't any. Getting rid of state line boundries will create a level of competition that we need.
reply
bryantwasw
0 ups, 4y,
1 reply
There is only one problem with this "competition" solution. Insurance companies will only compete for healthy customers. Insurance companies are the pinnacle of corporate greed and corruption. They will look to only cater to the healthy. The 2 largest healthcare lobbies are warning that repealing the ACA without a replacement or restoring pre ACA medicare and medicaid funding will crush our healthcare industry and the communities they support. Their words not mine. Healthcare should be a universal right. We are far behind the curve in the world in that regard. Healthcare is also extremely globalized. I don't believe anything Trump says and think he understands little of what he says. With that caveat, he did say something that was spot on in a speech I watched. We should re import drugs and sell them at the global rate and not the price protected insane cost charged to American patients. He really has no healthcare plan that has any substance to it. But, if he can reform healthcare and make it affordable and universal, he can grab all the puzzy he wants. I have to ask, what color is a renegade sith's light saber? LOL... Cheers.
reply
renegade_sith
1 up, 4y
I don't understand the narrative that Trump is somehow stupid and doesn't understand things. He's one of the smartest business minds in the world.

Regarding the problem you brought up, Trump said he would keep the part of the ACA about not being denied for pre-existing conditions.

Caption this Meme
Created with the Imgflip Meme Generator
IMAGE DESCRIPTION:
ONCE YOU ACCEPT THAT HE'S NOT ON OUR SIDE... EVERYTHING HE DOES MAKES PERFECT SENSE
hotkeys: D = random, W = upvote, S = downvote, A = back
Feedback
<![endif]-->