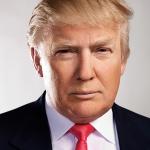 Caption this Meme
Best first
Latest first
Oldest first
16 Comments
H2O
5 ups, 6y,
1 reply
I didnt like Trump before, but every day of the bullshit from the media and the blind shrews defending her has made me 100% for the guy.
renegade_sith
5 ups, 6y,
1 reply
He's not perfect but he isn't out to get anyone. He really wants to save America.
H2O
4 ups, 6y,
2 replies
Exactly!! Hillary is just a psycopath and she only made it this far because of the MSM
renegade_sith
4 ups, 6y
Dude check out the video that inspired this meme, it gives me goosebumps.

http://youtu.be/by-ler2Ly44
PizzaScience
1 up, 6y
"face it, hillary would be nothing with out the media"-trump
Mooseman684
4 ups, 6y,
2 replies
As a true American I cannot support a Politician that takes money from our enemies , cheats and lies , and is complicit in our people being killed in Benghazi to cover up Arms sales that ended up in enemy hands, Cheats another Candidate in the primaries, and who wants open borders that could allow more terrorists into our country , as well as more drugs from the south. I'm willing to give Trump 4 years because he isn't beholding to any lobbyists and wall street bankers like Hillary the Grifter !
renegade_sith
4 ups, 6y,
1 reply
It's mind boggling to hear these Hillary supporters spew media rhetoric about Trump. They're so clueless about what's really going on.
Mooseman684
4 ups, 6y,
1 reply
They have computers and they must not do research on their own , and the Liberal media propaganda spoon feeds em Bullshit and they gobble it up like Ice cream. I learned a long time ago..believe half of what you see and none of what you hear ! What really concerns me is how many people support Criminal Political behavior and try to blame others for it...and they fall for lies and deception like mindless clueless zombies.
renegade_sith
4 ups, 6y,
1 reply
Check this video out, the media says he's racist and blacks don't like him, well not according to everyone!

http://youtu.be/by-ler2Ly44
Mooseman684
3 ups, 6y,
1 reply
Great video ! I e-mailed it out . I just got a copy of the Clinton foundation IRS report for 2013 -2014 .Un fricken real ! Hillary Clinton said the Clinton Foundation gives “90% of their proceeds” to charitable organizations. This is their “Form 990” required by the IRS for all charities.

Caption this Meme
Created with the Imgflip Meme Generator
IMAGE DESCRIPTION:
I'M JUST TRYING TO TAKE CARE OF THE AMERICAN PEOPLE; AND THEY DON'T HAVE AN AWARD FOR THAT, SHIT DON'T COME WITH TROPHIES, I JUST DO IT CAUSE I'M SUPPOSED TO
hotkeys: D = random, W = upvote, S = downvote, A = back
Feedback