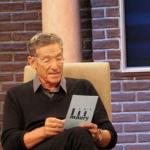 Got a problem with that?
Good, take it up with the American Moslem Foundation,,,

"moslems CLAIM islam is a religion of peace,,,
THE LIE DETECTOR HAS DETERMINED: THAT IS A LIE!"

That's some interesting SJW PCing ya got going there,,,
Shadows101
0 ups, 6y,
1 reply
Yup that's me, I support Nazism and I think whites are the perfect and best race, you're always correct about everything. :)
Modda
0 ups, 6y
Yes indeed I am.

Then you shouldn't be too PC butthurt about the habibis widdle nwame being spelled m-o-s-l-e-m, eh, dolphy?
Show More Comments
Flip Settings

Caption this Meme
Created with the Imgflip Meme Generator
IMAGE DESCRIPTION:
moslems CLAIM islam is a religion of peace,,, THAT IS A LIE! THE LIE DETECTOR HAS DETERMINED:
hotkeys: D = random, W = upvote, S = downvote, A = back
Feedback