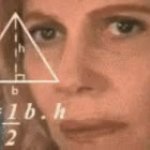 Tifflamemez
1 up, 11m
XD
SamTheAwesomeMemer
1 up, 11m
Plot twist: A sand witch invented sandwiches and named it after her
MemeQuoter
1 up, 10m
Sandwiches were invented by an Italian gambler that didn’t was to get his hands greasy while playing, so instead of just eating meat in cheese he ate them between two slices of bread and when someone pointed it out that it was something new he named it after himself (I think, can look it up to check, I can’t remember)
[deleted]
1 up, 11m
OR WITCH REALATED
JohnLeBonte
1 up, 11m,
1 reply
Maybe a boy came up with the name. lol
Tifflamemez
1 up, 11m,
1 reply
Hahahahaha
JohnLeBonte
1 up, 11m
Show More Comments
Flip Settings

Caption this Meme
Created from video with the Imgflip Animated GIF Maker
IMAGE DESCRIPTION:
Me figuring out why it's called a sandwich even though it's nothing sand related:
hotkeys: D = random, W = upvote, S = downvote, A = back
Feedback