share
13,070 views • 9 upvotes • Made by JohnAshman 5 years ago
bernie sandersdemocratfascismsociopath 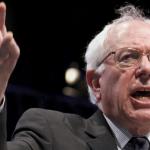 reply
JohnAshman
0 ups, 5y,
1 reply
Incorrect. It was first adopted by socialists and was later adopted by some on the right. But it doesn't matter, since it is clearly a fusion of socialism and nationalism.

Nice try, wiener.
reply
WhyDoINeedAUsername
0 ups, 5y,
1 reply
The Nazi party dropped their socialist agenda around 1920 or so.
reply
JohnAshman
0 ups, 5y,
1 reply
Not so. They incorporated it with nationalism so they could control it from the top. The beginning of modern socialism.
reply
WhyDoINeedAUsername
0 ups, 5y,
1 reply
Initially, Nazi political strategy focused on anti-big business, anti-bourgeois, and anti-capitalist rhetoric, although such aspects were later downplayed in order to gain the support of industrial entities, and in the 1930s the party's focus shifted to anti-Semitic and anti-Marxist themes.

Caption this Meme
Created with the Imgflip Meme Generator
IMAGE DESCRIPTION:
DEMOCRAT:; A PERSON SMART ENOUGH TO KNOW THEY'RE A FASCIST, BUT SOCIOPATHIC ENOUGH TO LIE ABOUT IT
hotkeys: D = random, W = upvote, S = downvote, A = back
Feedback
<![endif]-->