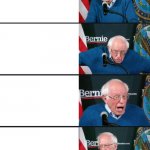 NoGaysAllowed
0 ups, 1w,
2 replies
Why does everyone hate the Lego movie 2?
JollyFunnenGames
0 ups, 1w
-it’s childlike setting for the most of the movie is tiring compared to the multiverse in the first one
-twist villain is literally just like lightyear’s, (booooring)
JollyFunnenGames
0 ups, 1w,
1 reply
-our beloved president buisness is only in a 5 second clip
-the villain wasn’t a villain so there wasn’t a villain but there was a twist villain (yeah I’m comfused too)
-the plot is really boring, instead of the “villain” destroying the world, it’s just a wedding with Batman. I mean like what the butt were the people at WB thinking
-the ending is really boring too, instead of a nice scene where emmet confronts buisness boi and says an inspirational message, it’s just twist villain ya da ya da ya da.

Caption this Meme
Created with the Imgflip Meme Generator
IMAGE DESCRIPTION:
It’s time for class; You are watching a movie today; It’s going to be The LEGO Movie; 2
hotkeys: D = random, W = upvote, S = downvote, A = back
Feedback