This is a font I found lol 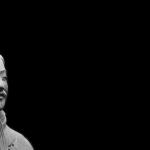 Caption this Meme
Best first
Latest first
Oldest first
7 Comments
MetalGoat666
1 up, 3mo,
1 reply
This is because it's possible to have text in a different font (per selection) to include symbols and characters like these in text without the need of images. Emoji is also a font FYI.

Each byte (8 bits) is assigned a character (by font).
By default this is known as ASCII which allows for 226 possible characters per font-type.

But because other scripts have more symbols (like Chinese which wel over 10000!) they needed a way make number assignment to characters bigger, which is accomplished with UTF-16 and UTF-32 which use 16bits and 32bits respectively.

And thus UTF-8 was introduced which builds upon the 8bit formation, but uses so-called code points (for numbers not previously used) to indicate that a number is extended and you basically get 11111111 11111111 as a single bit stream, even though it's stored as two bytes.

Emoji actually uses UTF-8 exclusively as these characters sit in there own script range, like Chinese and Cyrillic.

The great thing about UTF-8 is that it's fully compatible with ASCII (for all the common characters that is. a-z, 0-9, and umlauts) while allowing for a more extended letter script that also allows scripts from other languages (without the need for different fonts within in the same text) then the classic standard, and without the hassle of UTF-16 and 32.

A bit technical :) but still nice to know.
Kronosiesium
1 up, 3mo,
2 replies Each chunk (or byte) is always 8 bits (1=on or 0=off), each position represents the number of that power position, now add up all the number who's position is on (1).

But for arithmetic operations (performed by the CPU for example) are much bigger, 64 bits as of today, so each chunk (not byte) is 64 bits big.

It's important to have a defined length so that you know how when the chunk ends a new one begins.
CPU instructions are actually a lot more complex and use logic gates, which is a bit (no pun) to complex to explain here.

In short: A logic gate requires a condition (always works with one bit per gate) is met to produce 1 (or true) to pass, or will produce 0 (false) otherwise.

The first digital computer had a lot of logic gates, each the size a light bulb (vacuum tube) and spread across the size a small wear house. Today's CPU contain billions of nano-size logic gates!
aTomatoSapien012
1 up, 3mo Caption this Meme
Created with the Imgflip Meme Generator
IMAGE DESCRIPTION:
“THIS IS A FONT APPARENTLY LMAO”; -SUN TZU, THE ART OF WAR
hotkeys: D = random, W = upvote, S = downvote, A = back
Feedback