I dont believe in god but... 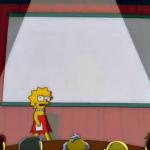 What humans think of you is irrelevant to God because he knows who you are, what you believe, and how much remorse and wrong you feel. He is not bound to self-righteous assholes beliefs.

Self-righteous Christian’s simply seek some sort of pride and self-respect in tearing others down. And the greatest Sin, the Sin of the devil himself, Is Pride.
Set-righteous pride.
They are more evil then we ever will be or have been
BisexualDuck
1 up, 3m,
1 reply
i couldnt understand this after sentence 2
[deleted]
0 ups, 3m,
1 reply
I have a tendency to ramble-
BisexualDuck
1 up, 3m,
1 reply
my brain hurts now >:(
[deleted]
0 ups, 3m
Lol you’re welcome
Chris_P._Chicken
0 ups, 3m,
1 reply
God gave people the right of agency and people created LGBTQ+. And the reason that some Christians may not condone LGBTQ+ is because of scriptural versus like Genesis 2:24 that talk about marriage between a man and a women. I’m not trying to be homophobic or anything but that is just what I have observed.
[deleted]
0 ups, 3m,
1 reply
Yes and I repent for my sins and I am a bisexual so I try my best to stay fast to only being attracted to women and to pull myself away from homosexuality

However it also says that we are to love each other and that God is the only true decider of our fate.

only God can judge us cuz Homophobes suck just as much as us
BisexualDuck
0 ups, 3m
Ohhh
Lexhax
0 ups, 3m
well no BUT if sex is defined between a man and a woman then gay sex isn't a sin
CherriesNCrackers
0 ups, 3m
Show More Comments
Flip Settings