it's the best feeling 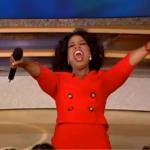 Caption this Meme
Best first
Latest first
Oldest first
1 Comment
charliemccallum
0 ups, 9mo
he Three Tahitians, painted by the French painter Paul Gauguin in 1899, depicts two
young women positioned on either side of a young man whose back is turned. Even
if I did not know the title of the painting, I would have been able to tell that these
half-naked people are natives from a non-Western country, sometime in the past.
The entourage is paradisiac. The young woman on the left is holding a piece of fruit
in her hand. Has the apple of sin been replaced by a mango? The man whose back I
see is looking away from the woman on the right, while she seems to gaze into
nothingness. There is something mysteriously tranquil about the painting. A
promise of a simple, carefree life. The three people are doing nothing in particular
and find themselves in a natural environment of some sort, perhaps the woods or
the beach. The weather appears to be fair. In this painting Gauguin reveals the truth
and beauty of primitive, Polynesian life. At least, this is a common interpretation of
Gauguin’s work, often read or heard. In what follows, however, I will argue that
such an interpretation of Gauguin’s painting is far too simplistic, and, consequently,
false. We might even wonder whether ‘primitivism’ to Gauguin was not so much a
colonialist style of making art, but rather a way of deconstructing it. I will elaborate
on this question by drawing the problem of primitivism on a broader canvas of
colonialist and anti-colonialist mentalities.

Figure 1 Paul Gauguin, Three Tahitians, 1899.
Journal of Art Historiography Number 12 June 2015
Ruud Welten Paul Gauguin and the complexity of the primitivist gaze
The primitivist gaze
In 1891, Paul Gauguin sailed to Tahiti in the hope of finding the paradise he had
been dreaming of for so long. He went back to France in 1893, only to return to
Tahiti in 1895, where he stayed until 1897. He died in another part of French
Polynesia in 1903, where he ended up after his many wanderings: the island Hiva
Oa in the Marquesas. The women in Three Tahitians also appear in some of the other
paintings that Gauguin made in French Polynesia. Upon his return in 1895 to
France, Gauguin was asked by a French journalist why he had gone to Tahiti. The
painter answered: ‘I was captivated by that virgin land and its primitive and simple
race; I went back there, and I’m going to go there again. In order to produce
something new, you have to return to the original source, to the childhood of
mankind.’1 This quote is intriguing. What exactly w
Show More Comments
Flip Settings

Caption this Meme
Created with the Imgflip Meme Generator
EXTRA IMAGES ADDED: 3
IMAGE DESCRIPTION:
WHEN YOU GET IMPOSTOR; IN AMONG US
hotkeys: D = random, W = upvote, S = downvote, A = back
Feedback