This marks the starts of the Seven's arc. Good luck... and don't tip the tombstone. 2,062 views • 11 upvotes • Made by Ashley_Belladonna 1 month ago in Role_Play
creepy graveyard 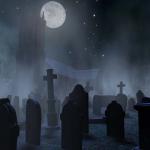 *Sloth yawns.*
BlebsTheFemboyShigarakiSimp
0 ups, 1m,
1 reply
{Oh wait no this reminded me of Obey Me--}
He glances at them, "You two ghosts or something? Maybe just people trying to scare me-- WELL YOUR JOKES DON'T FOOL ME MISS SPOOKY BITCH."
Ashley_Belladonna
0 ups, 1m,
1 reply
Envy: "We're not ghosts. We're Sins."

*Sloth smiles sleepily.*
BlebsTheFemboyShigarakiSimp
0 ups, 1m,
1 reply
"Mm.. Both I suppose. But why aren't you humans anymore?" He places his hand on top of Sloth's head.
Ashley_Belladonna
0 ups, 1m,
1 reply
Envy: "Because we got forcibly turned into demons by the Lord of Sin."

Caption this Meme
Created with the Imgflip Meme Generator
IMAGE DESCRIPTION:
One dark December day, a graveyard appeared on Weston Street. Nobody saw it happen, and nobody could explain it. You, being the curious fool that you are, decided to investigate. On the night of the winter solstice, you prepare to sneak in...
hotkeys: D = random, W = upvote, S = downvote, A = back
Feedback