You were sent to kill Nata, your in a forest and you see her taking care of the forest (somewhat op ocs allowed) 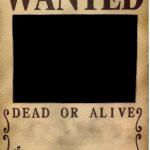