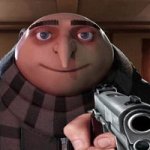 Server lag is caused by strain on the server and leads to low TPS. Can lead to slow chunk loading, slow eating animation, and random disconnects.

Client lag is when the player's computer can't handle what is being displayed on-screen or being processed. Leads to crashes and low FPS.

WiFi lag is when the client cannot properly connect to a server, or has bad connection. This can cause rubberbanding and disconnects.
poomanboy
0 ups, 4m,
1 reply
you just googled that
IceChes1
0 ups, 4m,
2 replies
I actually know that. Been playing since 2014.

*explain
*can't
*type
*grammar
poomanboy
0 ups, 4m
fine
I-FIL-GUD
0 ups, 4m
it's not my java that lags, it's my computer that is trash, it just randomly crashes
Softball830
0 ups, 4m,
1 reply
LaG iS eVeRyWhErE
poomanboy
0 ups, 4m
in the world of java
thisismyaccountandilovedogs
0 ups, 3m
computer lag: (or client side, call it what u want.) is just the bugginess of you computer trying to keep up with what you do pretty much. server lag is what happens when your server tries to keep up with what your doing, but cant. wifi or internet lag, is what happens when your connection to the server is becoming a little buggy, and is either severed, or you have little blinks in time where your game freezes entirely. this can happen with everything, so its not rare. those are the types of lag.
Le_fart
0 ups, 4m
OH NO MY JAVA IS SO FAST I DON'T GET LAG
Show More Comments
Flip Settings

Caption this Meme
Created with the Imgflip Meme Generator
IMAGE DESCRIPTION:
OH SO YOU LIKE JAVA? NAME EVERY TYPE OF LAG
hotkeys: D = random, W = upvote, S = downvote, A = back
Feedback